Amongst the buzz of Thanksgiving turkeys and cranberry sauce, one of our favorite clients received a great writeup in The New York Times. Congrats Mamma Chia on the press, we love your product and we are so thankful to have you as a client. 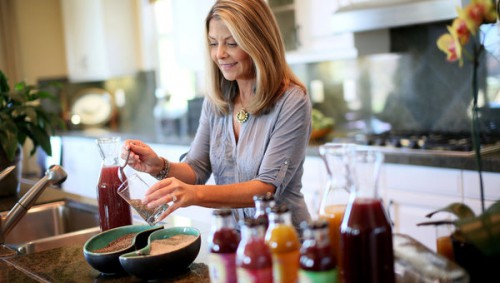 First there were Chia Pets; now there are chia people.Ubiquitous in television ads that began 30 years ago, Chia Pets were called “the pottery that grows.” Mixing chia seeds and water on the outside of an animal-shaped terra-cotta figurine produces a plant resembling green hair almost overnight.

Now, chia is having a second life as a nutritional “it” item. Whole and ground chia seeds are being added to fruit drinks, snack foods and cereals and sold on their own to be baked into cookies and sprinkled on yogurt. Grown primarily in Mexico and Bolivia, chia, like fish, is rich in omega-3 fatty acids, though of a different sort. It also has antioxidants, protein and fiber. Recognition of its nutritional value can be traced as far back as the Aztecs.
Companies like Dole and Nature’s Path have introduced chia products, which have begun showing up on shelves in mainstream grocery stores like Ralphs, Vons and Albertsons. Mintel, a market research firm, counted 100 products containing chia in a presentation it did in March on the potential of increasing the use of the seeds in dairy products.
“About two years ago, our retailers came to us and said, ‘We need you to be in this business everyone is talking about, the business of chia seeds,’ ” said Michael P. Hirsch, vice president of Joseph Enterprises, which sells Chia Pets and other novelty products and has now added chia seeds and milled chia called – what else? – Ch-Ch-Ch-Chia Omega.
Last spring, high demand collided with weather patterns that depressed production, raising prices and the awareness that chia had moved beyond the realm of health food stores into the broader market. 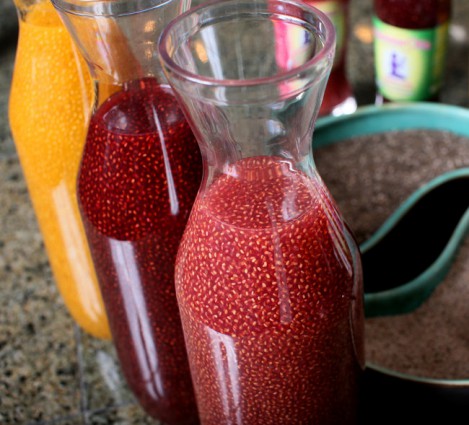 Janie Hoffman, founder of Mamma Chia fruit juices, was one of the first people to recognize chia’s potential as a food. She was complaining about flax seed – “I hate how you have to grind it and then it goes rancid” – to a friend, who asked why she wasn’t using chia instead. “She said it had no taste, it’s high in antioxidants, huge in omega-3, a far superior seed,” Ms. Hoffman said. “In short, she made me feel like an idiot – no one was using flax seed anymore.”
So she bought some chia seeds online and was quickly sold on their benefits. “I started incorporating it into everything I was eating,” she said. “Stir fries, yogurt, beverages – there really wasn’t anything in my kitchen that didn’t have chia in it.”
In 2009, Ms. Hoffman developed fruit juices with chia seeds suspended in them. (Exposure to liquid gives the seeds a sticky, gelatinous coating, which is how they bond to the terra-cotta pets.)
“My first sales call a year and a half later was to Whole Foods in the southern Pacific region,” she said. “I walked in to meet the buyer and presented this chia beverage and said I would like it to go into a few stores. She said, ‘No, I want you in all of them’ ” – about 40 stores – “and that was that.”
Within 11 months, Mamma Chia products were in Whole Foods stores across the nation, as well as in hundreds of bodegas and health and natural foods stores. They are now sold in Ralphs and Vons stores and will soon be in Albertsons.
“I personally think demand for it will grow for sure, though how big it will get is still a question,” said Brad C. Bartlett, president of Dole Food Company’s packaged foods business.
Dole chose chia as the first ingredient it would promote in its new Nutrition Plus line of products, which aim to provide a functional benefit to consumers. It won out over other candidates, Mr. Bartlett said, because of its long history as a source of nutrition – the Aztecs used it for many purposes – and because it does not require much processing to confer its benefits.
The company does independent clinical testing on each product in the Nutrition Plus line to back up claims it makes about their health benefits, and it was surprised by one finding: significantly more alpha-linolenic acid in omega-3 reached the bloodstream and was converted into eicosapentaenoic acid, a long-chain fatty acid considered good for the heart, when the seeds were milled rather than whole.
“That came as quite a surprise, and we stopped the rollout and reformulated our clusters to use milled chia instead of whole seeds,” Mr. Bartlett said, referring to Dole’s Chia & Fruit Clusters.
Nature’s Path, an organic cereal company, introduced its first chia-laced cereal, Apple Crumble Love Crunch, last December, and now has eight products that include the seed in some form. “Business has been great with these products – overwhelmingly positive and, perhaps surprisingly, not just in health food stores but also in regular grocery stores,” said Arjan Stephens, executive vice president of sales and marketing at Nature’s Path.
Mr. Stephens said chia’s nutritional attributes, along with its many uses in food processing, could turn it into a staple. “It can be used in gluten-free breads or waffles to add fluffiness or to replace eggs in vegan products,” he said. “It offers an alternative to those with nut allergies.”
Mr. Hirsch, the Joseph Enterprises vice president, was less certain that chia would be a blockbuster, even though his company is adding protein bars to its line of edible chia products, which are sold in Walgreens, CVS and other drugstores. He said he was concerned about the supply of chia seeds, which are harvested once a year and grown in rotation, usually with corn.
Australia has recently joined Mexico and Bolivia in the chia-production act with its own type of seed that is grown somewhat differently, Mr. Hirsch said. But it is a difficult crop to grow outside of the traditional areas, and the market is tiny, about $70 million.
“Everybody is looking at this because everybody is always looking for something new,” Mr. Hirsch said. “I also know from the sales at this point it’s a niche market still, and we don’t know how big the niche is yet.”
If that niche fails to expand, there will always be another Chia Pet. This year, Chia Hello Kitty is joining the lineup.
—

A version of this article appeared in print on November 24, 2012, on page B1 of the New York edition with the headline: 30 Years After Chia Pets, Seeds Hit Food Aisles.

PrevPreviousupcycling the bicycle
Nextpower swingNext
Get the best information from our knowledgeable, experienced staff to support you and your team. click here