Last year, the Consumer Brands Association (which, at the time, was known as the Grocery Manufacturers Association) released a report on the state of the recycling system in America. The report details findings from a variety of sources, including the EPA and a Toluna Analytics review, on adults’ knowledge of recycling.

With the recent developments in the world of waste, including regional bans on single-use plastics and China’s reform on what waste American collectors can export for disposal, it’s more important than ever to understand the problems and solutions we, as consumers and designers, are faced with.

Interest in the environment and dedication to sustainable solutions have skyrocketed over the past few years. Recycling systems, from local to international, have followed suit and become much more complex. The vast majority of packaging producers have committed to reducing waste packaging and increasing biodegradability or recyclability in products we use everyday. 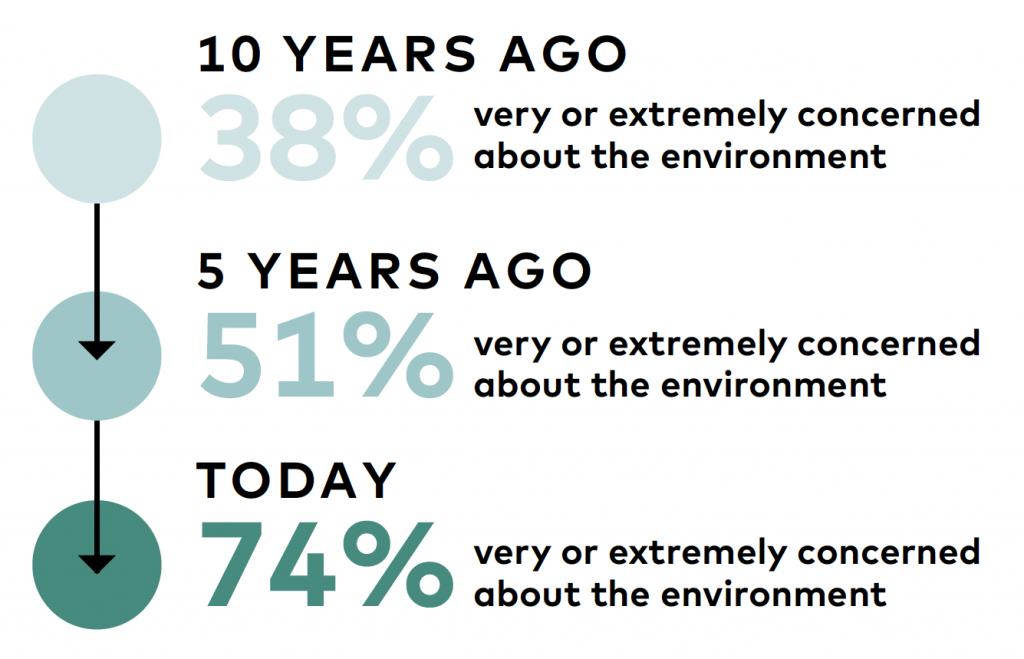 Our habits, and the packages we buy, are shifting for the better. By the EPA’s numbers, Americans are putting approximately 30% of their recycling in the recycling bin. Unfortunately, these eagerness and good intention, mixed with the confusing and unclear recycling system we have today, are causing issues on every level from local to global.

There’re seven different codes for plastics alone, and a wealth of others denoting everything from the ability to be recycled to products made from recycled content. It’s no wonder the vast majority of Americans surveyed in the report either did not know what any of the symbols meant, or misidentified their meaning. Additionally, there are optimistic but misleading ideas about what can be recycled. Unrecyclable, and contaminating items, such as pizza boxes, Solo® cups, plastics bags, and styrofoam have overwhelmingly found their way into the recycling system.

When China’s policies shifted, and the export of mixed material from America to China became impossible, our system struggled to adapt. Mixed recycling, even some contaminated, previously could be sold or repurposed internationally where valuable materials could be taken from our recyclables. With that economic opportunity gone, the actual value of recycling plummeted. Communities began to lose money from their recycling programs rather than make it back. Landfills have become, for many places, the only reasonable destination for most recyclables.

In the worst cases, including Broadway, Virginia and Deltona City, Florida, recycling programs were suspended entirely. By estimates, 25% of all recycling is contaminated with non-recyclable items, or food waste, and is an overwhelming burden on the already stressed system. In the single-stream system (one blue bin that can take any recyclable), contaminated waste is having a bigger impact than ever.

What Can We Do?

Recycling systems are going through rapid changes. Local programs and policymakers are adapting. Staying knowledgeable about your local program rules, and the symbology we have on packaging, can make a world of difference.