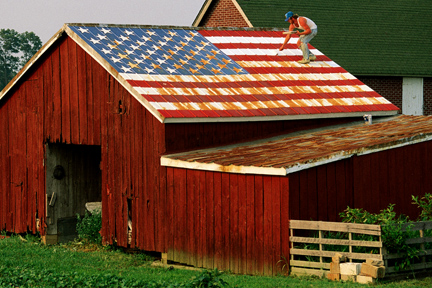 Last week, Washington D.C. became the food capital of the country as the Senate debated the 2012 Food and Farm Bill, culminating in the passage of the Agriculture Reform, Food and Jobs Act of 2012. If you’re asking yourself “What does this mean for me?” you’re not the only one.

What it means is that our country is one step closer to the approval of the single biggest piece of legislation that governs what we grow and eat. It is a 5-year, $969 billion bill that touches every single person’s life in America. Every farmer, parent, cook, eater, student, and activist is impacted by the policies addressed by this bill that only comes around once every five years. Now that the Senate has passed their version, it is up to the House of Representatives to pass their own before the bill can officially become law.

Now that you’ve got a little bit better idea of what it is, you may now be asking yourself, is the Senate Bill a good thing or a bad thing? The answer to that question depends on what your priorities are. Earlier this year, our friends at Slow Food USA wrote a letter to the leaders of both the Senate and House Agriculture committees outlining their priorities for the upcoming Food and Farm Bill. The three biggest points from Slow Foods’ letter were:

With these requests in mind, Slow Food has broken down the top 5 wins and bottom 3 losses following the Senate’s voting on a bill involving over 300 amendment requests.

1. The Senate passed and amendment sponsored by Senate Sherrod Brown (D-OH) that provides critical funding for rural jobs and new farming opportunities. This means, among other things, that a young person who wants to start a new farm, but lacks access to the kind of credit that would allow them to do so could now qualify for funding through the Rural Micro-entrepreneur Assistance Program.

2. The Senate passed an amendment sponsored by Senator Saxby Chambliss (R-GA) that makes sure that farms receiving subsidized crop insurance will be required to follow basic conservation guidelines. This means that if a large conventional farm in Ohio receives insurance payments to cover against their losses for the year, they will need to follow the same conservation laws that were previously applied to farms receiving direct subsidies.

3. The Senate passed an amendment sponsored by Senator Jeff Merkley (D-OR) which makes it much easier for organic farmers to gain access to crop insurance. Right now, if an organic farmer in wishes to receive crop insurance, they will have to pay a much higher premium than their conventional farming neighbor, despite being reimbursed at the same rate. This would change that and set the reimbursements to more appropriate levels.

4. The Senate rejected amendments by Senators Rand Paul (R-KY) and Jeff Sessions (R-AL) that would have further weakened the already weakened SNAP program. These amendments would have made it harder for states to provide food assistance to their most vulnerable citizens.

5. The Senate Agriculture committee’s bill puts an end to costly, direct subsidy programs that do nothing to support healthy farming practices. Currently, if you own farm land in New Mexico that qualifies for a direct subsidy, you will receive payments from the government even if you don’t plant a single crop. This bill would end that practice.

1. The Senate did not consider an amendment sponsored by Senator Chuck Grassley (R-IA) that would have made it unlawful for meat packers to own or feed livestock intended for slaughter. The current practice among meat packers is to slaughter their own livestock when prices are too high and buy from farmers when prices are low. This amendment would have created a fair marketplace for family farms raising livestock, not disproportionately favoring large slaughterhouses.

2. The Senate rejected an amendment by Senator Kirsten Gillibrand (D-NY) that would have re-directed some crop insurance funding to eliminate the cuts to the SNAP program. Without this amendment, an estimated 500,000 households across the country will lose $90 per month in SNAP benefits.

3. The Senate did not consider an amendment by Senator Bernie Sanders (I-VT) that would have enabled schools to purchase from local and regional producers. This amendment would have allowed school districts to continue participating in the Department of Defense Fresh Program while making their own fresh produce purchases.

Leading up to the official casting of votes, Senate Agriculture Ranking member, Senator Pat Roberts described the bill by saying, “Is it the best possible bill? No. It is the best bill possible.”