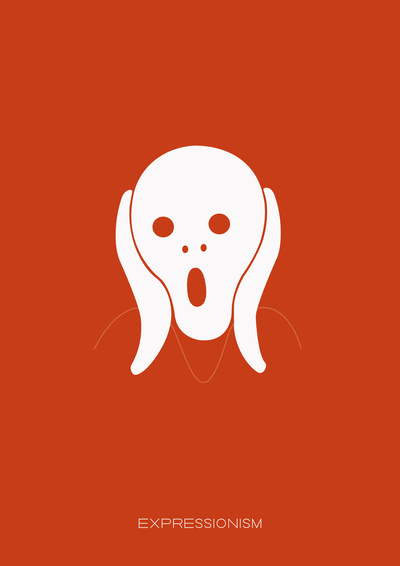 Pictured: Edvard Munch – The Scream.
A modernist movement originating in Germany, Expressionism sought to convey meaning or emotional experience rather than physical reality. A typical trait of Expressionism is to present the world solely from a subjective perspective, distorting it radically for emotional effect and to evoke moods or ideas. 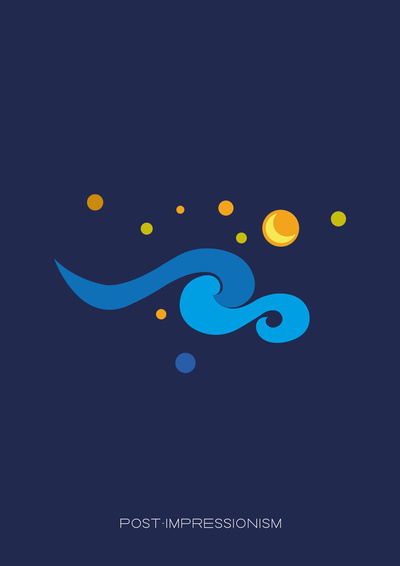 Pictured: Vincent Van Gogh – The Starry Night.
Post-Impressionism was a term coined to describe an emerging art-form that was an extension to Impressionism. Artists continued to use vivid colors, thick application of paint, distinct brush strokes, and real-life subject matter, but were more inclined to emphasise geometric forms, distort true forms for expressive effect, and use unnatural, exaggerated, or arbitrary color. 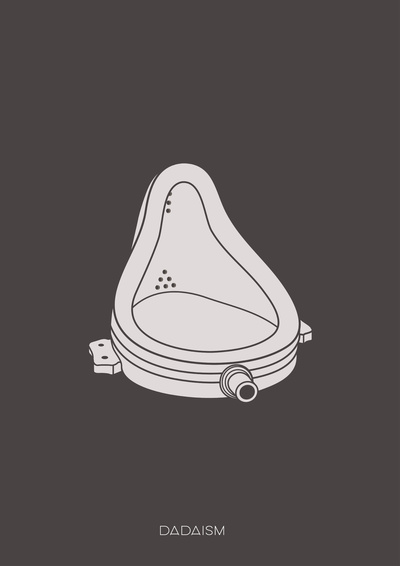 Pictured: Marcel Duchamp – Fountain.
An art movement of the European avant-garde born out of negative reaction to the horrors of World War I. Dadaism involved visual arts, literature, poetry, theatre, and graphic design, and concentrated its anti-war politics through a rejection of the prevailing standards in art through ‘anti-art’ cultural works. 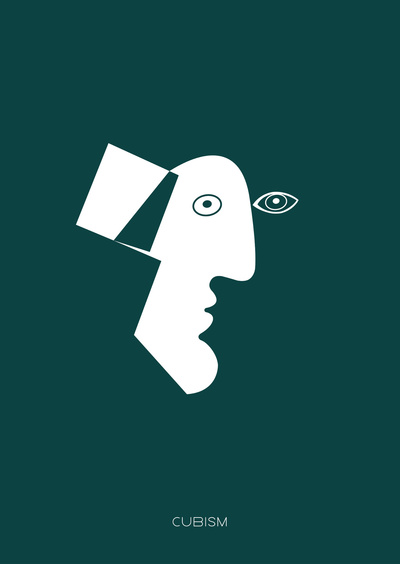 Pictured: Pablo Picasso – Seated Woman in Garden.
An art-form where subjects are analysed, broken up and reassembled in an abstract form. The object is simultaneously depicted from a multitude of viewpoints to represent the subject in a greater context. 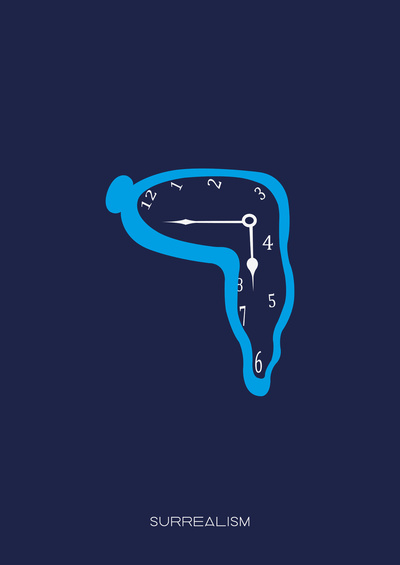 Pictured: Salvador Dali – The Persistence of Memory.
Known for its writing as well as its visual artworks, Surrealism aimed to resolve the previously contradictory conditions of dream and reality. Surrealist art features elements of surprise, juxtapositions and non-sequitur and artists often painted unnerving, illogical scenes. 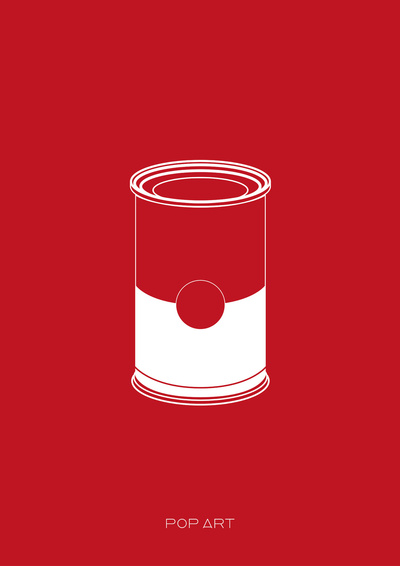 Pictured: Andy Warhol – Campbell’s Soup Cans.
Emerging in Britain in the 1950s, pop art presented a challenge to traditions of fine art by including imagery from popular culture. Pop art emphasised banal or kitschy elements of any given culture by visually removing subjects from their known context, isolating them, or combining them with unrelated material. 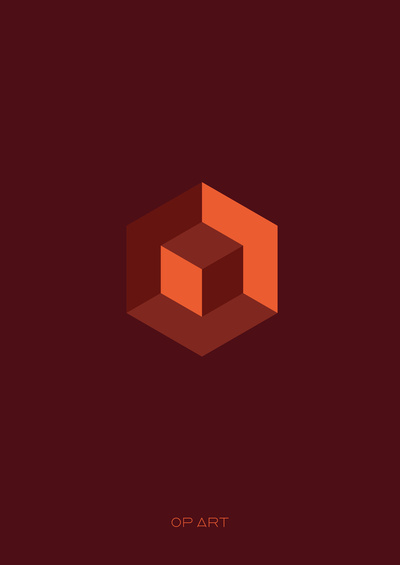 Pictured: Victor Vasarely – Bi-Sanction.
Op Art is a style of visual art that makes use of optical illusions. Paintings of this genre concern the interaction between illusion and picture plane, and the difference between seeing and understanding. The art-form often uses simple shapes and bold patterns and gives the viewer the impression of movement, flashing, vibration, swelling, or warping. 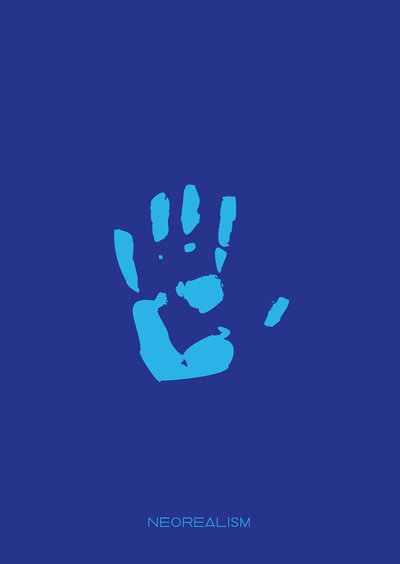 Originating in the 1910s and continuing through to the 40s, Neorealism set out to explore the spirit of the age through the shapes and colors of daily life. Neorealism played a particularly strong role in the medium of film and was characterised by stories set amongst the poor and working class and frequently used non-professional actors. 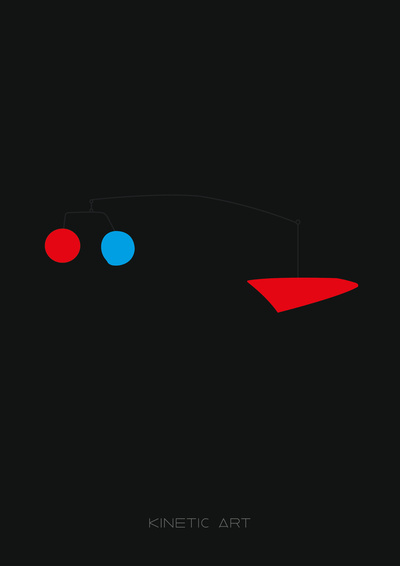 Pictured: Alexander Calder – Mobile.
Kinetic art can broadly be defined as any medium that contains movement perceivable by the viewer or depends on motion for its effect. It often refers to three-dimensional sculptures and figures where the parts are generally powered by wind, a motor, or the observer. 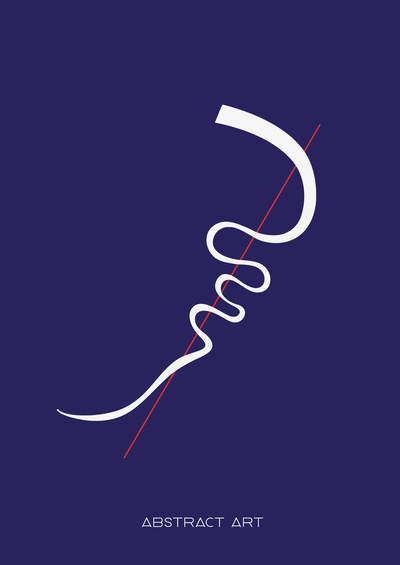 Pictured: Joan Miró – Étoile Bleue.
A broad genre that can encompass many other art-forms. Abstract art uses form, color, and line to create a composition independent from visual references in the real world. This departure from reality can be slight, partial, or complete and some of abstract art’s most controversial works bear no trace of any reference to anything recognizable. 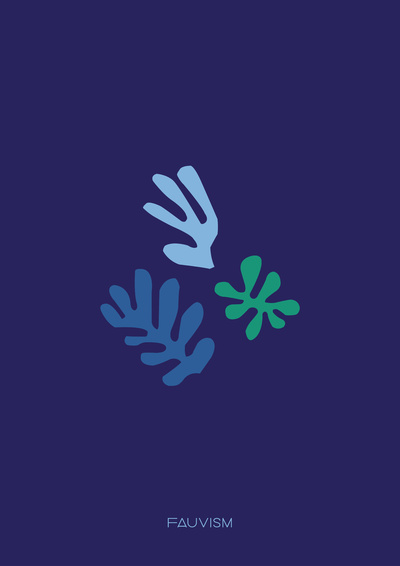 Pictured: Henri Matisse – Paper Cut-outs.
Characterized by its vibrant style and seemingly wild brush work, Fauvism emphasized painterly qualities and strong color over the representational or realistic values. Their subject matter had a high degree of simplification and abstraction. 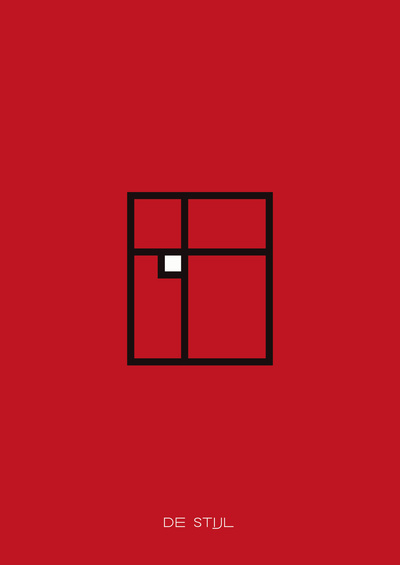 Pictured: Piet Mondrian – Composition with Yellow, Blue, and Red.
Dutch for the ‘The Style’, De Stijl was a movement advocating pure abstraction by reduction to the essentials of form and color. The art-form is characterised by the use of straight vertical and horizontal lines, and the use of only primary colors along with black and white. 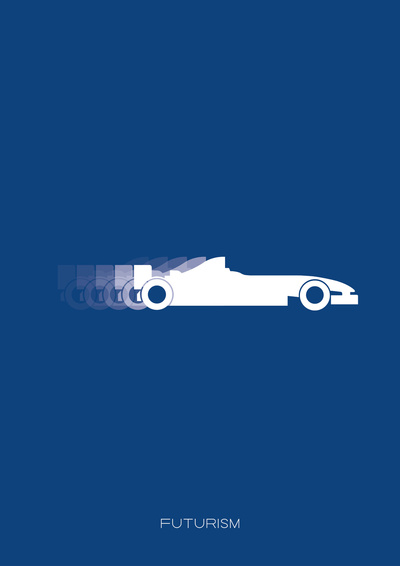 Originating in Italy, Futurism glorified themes associated with contemporary concepts of the future, including speed, technology, youth, and violence. The subject matter of futurism often included cars, planes, industrial cities and all that represented the triumph of humanity over nature. 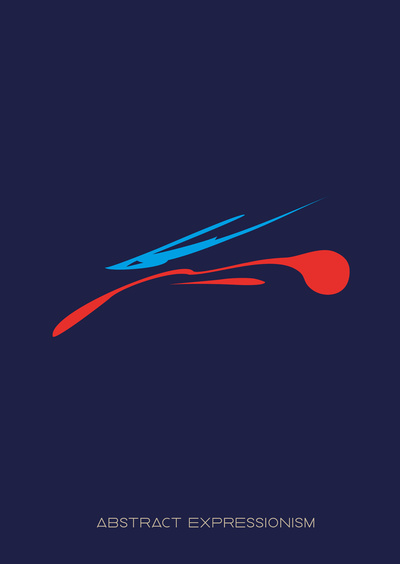 Pictured: Action Painting.
Originating in the US, Abstract Expressionism features work of spontaneous, automatic, or subconscious creation. It is often associated with ‘action painting’ where paint is spontaneously dribbled, splashed, or smeared onto the canvas, resulting in a work that emphasises the physical act of painting itself as an essential aspect of the finished work.

PrevPreviousfamous eyeglasses
Nextthe sandwich bookNext
Get the best information from our knowledgeable, experienced staff to support you and your team. click here