Foerstel is delighted to partner once again with the Idaho Shakespeare Festival, now in its 36th season. Each year, this nationally recognized festival brings our community together to entertain through theatre.
In addition to our ongoing marketing and design work for the Festival, we signed up to be volunteers for the evening at a performance of The Imaginary Invalid. We arrived a few hours before curtain time and they put us to work cleaning every seat and tabletop in the amphitheater, after which we gathered for orientation. The House Manager explained how things would unfold before breaking us into groups and assigning jobs such as tearing tickets at the door, ushering guests to their seats, and even acting as “bouncers” in case anyone tried to sneak in! 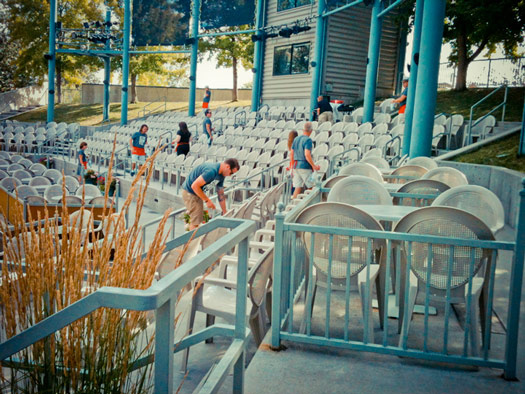 Once we toured the facility, it was time to put our volunteer skills to the test as theatre fans of all ages began filling the entrance with eager smiles and some of the most delicious snacks we’ve ever seen! When the show began we were relieved of our duties until intermission. The next hour and a half were spent relaxing on the grass, eating snacks and enjoying The Imaginary Invalid (which was fantastic). As soon as the lights went back up and intermission began, we were in the crowd helping attendees dispose of trash, bottles and other recyclables that had accumulated during the first act of the play. 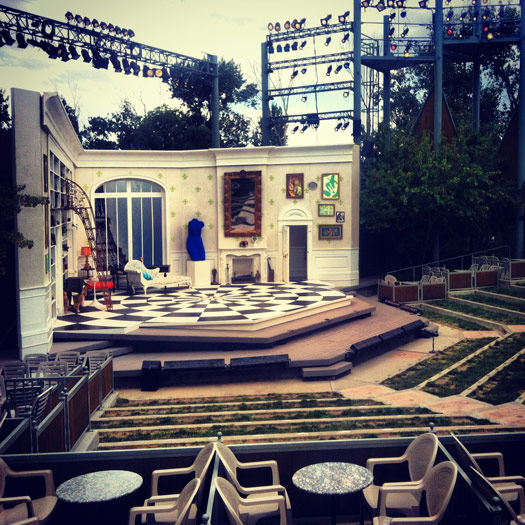 The second act started and proved to be just as whimsical and fun as the first. Following a standing ovation, the audience began filing out while the Foerstel crew shifted into cleanup mode. After making multiple runs to the recycling bins and dumpster, gathering rental chairs and returning a purse to the lost and found, we found ourselves at the end of our time as volunteers.
Our evening at the Idaho Shakespeare Festival was nothing short of amazing. The festival is an extraordinary production and we feel very fortunate to be a part of it. Everyone at the Idaho Shakespeare Festival is fantastic at what they do and deserve more praise than we could ever give them. The staff and patrons were all very gracious and appreciative of the help we provided.
So what are you waiting for? Call the Idaho Shakespeare Festival and sign up to volunteer. We highly recommend it!

PrevPrevioushow to play 180 instruments
Nextedible penNext
Get the best information from our knowledgeable, experienced staff to support you and your team. click here