New Hope 360 sat down with market watchers Liz Sloane, Steve French and Doug Kalman, and toured the show floor at SupplySide West in Las Vegas in October, and came away with new insights into consumer demands that savvy companies can use to help direct their new product development efforts. 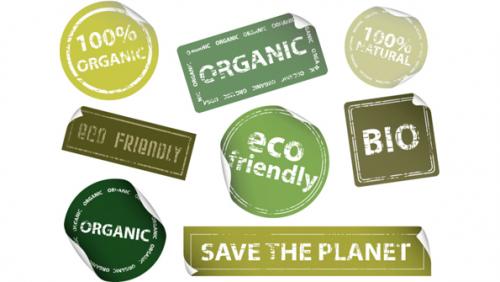 the “free-from” movement marches on

The “free-from” movement has legs. What was once fat-free or sugar-free has grown to a movement of exclusion diets against unhealthy food ingredients. Lactose. Nuts. Soy. Meat. Market watcher Liz Sloane, at the SupplySide West trade show in Las Vegas Oct. 7, said free-from sales are pegged at $2.6 billion in the U.S. alone (gluten-free comprises 62 percent of that, with the millennials market making up the largest demographic segment), growing at 14 percent a year. What’s more, almost one-third of all consumers have tried some specialized diet or eating approach in the last year, she said. 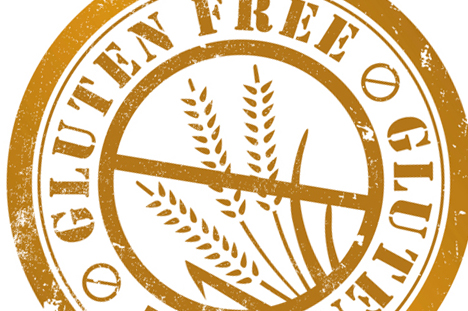 how big is gluten-free really?

On gluten-free, Sloane said market estimates regarding the size of the market are all over the map, from Euromonitor pegging it at $486 million in 2013, and Nielsen saying it’s a $23 billion market. Regardless of the raw numbers, both Nielsen and Mintel (which says it’s a middle-ground $10.6 billion market) peg growth at about 16 percent a year. “But half of consumers who bought a gluten-free food or beverage did not know it was gluten-free,” said Sloane. “How do we really assess how big it is and how many people really intend on buying these products? It’s one of the most frustrating markets I’ve ever seen.” That frustration has birthed bearishness, and Sloane said the market is due for a flattening. 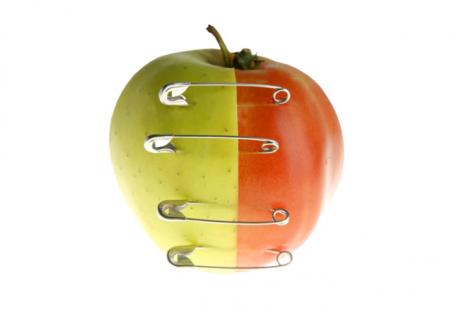 will GMO labeling win at the ballot box?

In the last year, Gallup and other survey firms have inquired about the GMO issue. They found that about half of all consumers are aware of it. “And they want it labeled,” said Sloane. “Moms are instrumental in driving this.”
The number of consumers indicating they would be less likely to purchase a food product if it was labeled that it contained GMOs rose from 63 percent in 2012 to 69 percent in 2013, said French, and almost one-third of consumers say they would stop buying a brand if they learned it has GMOs. That translates to significant volume declines for manufacturers – which is the big reason most mainstream brands oppose labeling.
Voters will have the opportunity to weigh in on GMO labeling in the states of Colorado and Oregon come Nov. 4. It remains to be seen whether the alleged consumer desire to label it will change to don’t label it after all after consumers face the barrage of biotech-supported ads telling them their food prices will go up and their local farmers will suffer. We’ll get back to you on that after election day. 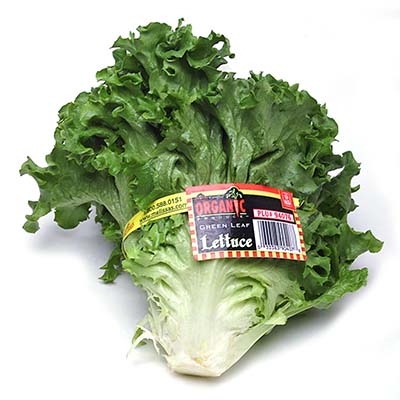 organic = best of the best

The flip side of GMOs is organic. Look at it this way: GMOs represent the worst ingredient out there. Organics represent the best. So companies that label that they are GMO-free are essentially saying we don’t have the worst. But organics by definition contain no GMOs, and there is also a passel of other regulations around it vouchsafing the integrity of the entire production process around organic beyond just avoid the worst. According to 2014 unpublished data from the Hartman Group, about three-quarters of all consumers use organic, a number that is unchanged from the year prior. “Millennials and their parents have really upped their interest,” said Sloane. “Every organic category is up – dairy, breads, meats, snacks, condiments – with the exception of beverages, which is only stable at 7 percent growth.” 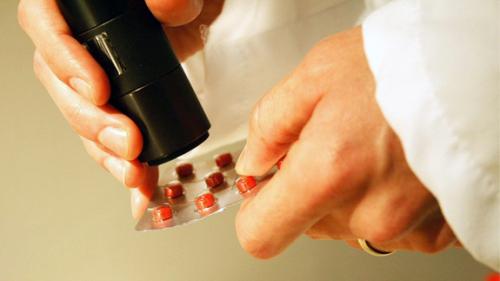 The four previous slides represent ethics that are all based on amped consumer sensitivity toward all things that are in the products they consume. In a word, transparency. “It used to be consumers accepted what was in a product. Now they want to know about what’s inside,” said Steve French, managing partner and owner of market watcher Natural Marketing Institute. “They want to know what’s inside, whether your particular product is safe and effective, and where it’s from. You get into the issue of GMOs.” Across generations, nearly seven in 10 consumers are reading labels. “This notion of transparency lends itself to the clean-label trend, which is a macro shift across many industries. Marketing loves this. R&D hates it.”
At the core of this transparency of ingredients trend is clean, minimally processed, with the finished ingredient name one that are easily read and more or less understood. What are consumers checking most? French broke it down to negative and positive items. Atop the negative list are calories, sugar, sodium and total fat. The second tier bad guys are trans fat, saturated fat, high fructose corn syrup. Only after eliminating the negative to consumers then look to the positive: fiber, protein, whole grains, vitamins, omega-3s, protein, probiotics, superfruits. The fastest-growing concerns are the big eight allergens: wheat, soy, shellfish, fish, tree nuts, peanuts, eggs, milk.
It’s also broken down by age bracket, with boomers and matures looking at the content of sugar, high fructose corn syrup, sweetener type, carbohydrates, trans fats and saturated fats, while the millennials tend to look for organic ingredients, vitamins and protein. “The closer you can get to Mother Nature, the better,” concluded French. 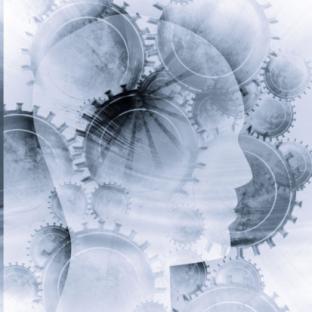 Mothers are also driving the continued concern about their children’s mental and intellectual development and concentration in schools. We’re talking ADHD here – can supplements help? So they’re looking at both the negative and positive in ingredients. “Moms are making a strong effort to have no artificial flavors or colors (in what they buy for their children),” said Sloane. “They’re also looking for supplements like DHA to help with symptoms.”
For years, mothers (and others) have been looking for supplemental solutions to their children’s ADHD issues. While no silver bullet currently exists, research carries on. It has succeeded in identifying various lipids as well as botanicals that can help with a range of cognitive issues – not solving them but potentially ameliorating certain symptoms. 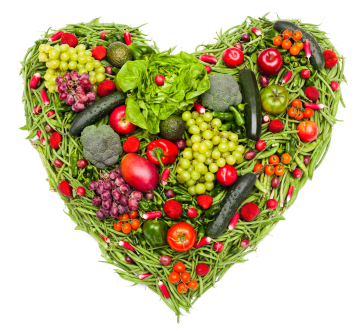 The big news in healthy ingredients is millennials. That age group, born between roughly 1980 and 2000, seems to be finally coming around to the natural products industry. “Five years ago I would have said millennials have not adopted health and wellness. We’ve just started to see this,” said French. 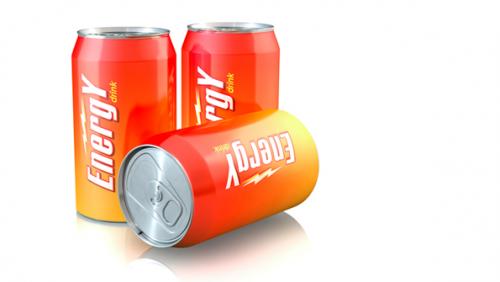 Not so very long ago, the only people looking for a boost in sports performance were serious athletes and bodybuilders. But that’s all changed now as performance has turned on office slobs and energy has become mainstream. “The whole notion of energy has transformed over the last decade,” said French. “Just one huge example is the energy shot in the convenience store. Now when you ask consumers what they’re most concerned about as they age, it’s energy. Energy to do the things I want to do.”

Sports nutrition is a $5 billion annual consumer spend. Which sounds like a rich opportunity, until you consider the “fitness nutrition” world. This comprises such non-Olympic sports as using weight machines, stretching, fishing, biking, running, walking, treadmill. Heck, it even includes bowling and billiards. In fact, a person engaged in so-called fitness nutrition even has an official definition – if you are “active” for at least 151 days a year. These people – pretty much everyone this side of couch potatoes – represents a $70 billion/year market. Yeah, baby!
Fitness aficionados want protein. They eat nutrition bars – and women consume more than 15 million nutrition bars every year, compared to 12.4 million men. Talk about a major opportunity to start developing nutrition products geared especially for women! Doug Kalman, Ph.D., research director at Miami Research Associates, likes a branded ingredient called KoAct – a unique combination of calcium and collagen that, research shows, increases bone mineral density in a way that is superior to either alone. “To me this makes KoAct an unbelievable ingredient that is not known enough in the market,” said Kalman. “Fifty-five percent of the bar market is females. I see a great opportunity there, not only using protein but with bone-building health.” 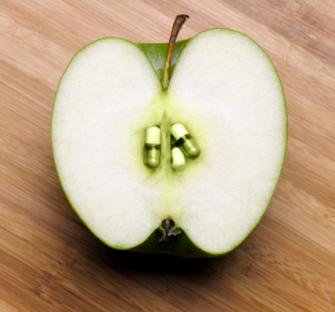 The biggest increase in supplements intake between 2009 and 2013 is among younger consumers, said French, who have discovered that they have to take care of themselves. “They have actually increased their pill intake by one full type of product. It went from half of millennials who had taken a supplement in the last 30 days. Now it’s almost seven in 10. That’s a huge increase.”
Of note, these younger consumers want their supplements available in forms other than pills. Polls showed that in 2009, about 30 percent of millennials wanted supplements available in a form other than pills. By 2013, that had risen to fully 50 percent. Related, when asked if they would like it available in “liquid capsules,” what was 26 percent in 2009 grew to 46 percent by 2013. That spells opportunity for marketers and manufacturers looking to target this large demographic group. One lesson here is that one size doesn’t fit all. “Don’t think you can develop a product relevant for the entire population,” said French.

PrevPreviouscounting sheep
Nexteating for the climateNext
Get the best information from our knowledgeable, experienced staff to support you and your team. click here