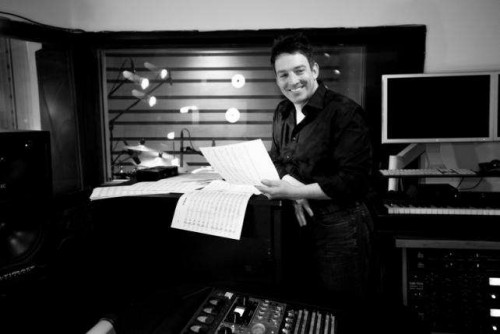 Only five of the world’s top 10 brands have sonic strategies.
Just what is a sonic strategy? Joel Beckerman defines it as a “comprehensive blueprint” for all the aural aspects of a brand’s identity: how the interior of its stores sound, what sounds its products make and what kinds of music its ads should use.
“Brands that have a sonic strategy are ones that are really thinking about how we can use music and sound to connect with people,” said Mr. Beckerman, founder of Man Made Music and co-author of the recently released The Sonic Boom: How Sound Transforms the Way We Think, Feel and Buy.

“The brands that don’t do that tend to be either kind of schizophrenic or they’ll do things that are completely wrong-headed.”

For the past couple decades, Mr. Beckerman has made himself a student of how music and sound have the ability to create a brand experience for customers, and he’s put his knowledge to work for some of the world’s biggest brands. He’s the man behind AT&T’s sonic logo; he composed the theme music for Univision and he created some original music for the broadcast of Super Bowl XLVI.
A sonic hit can mean so much. Take Intel’s four-note sonic logo, which customers can recognize on four different continents. But striking the wrong note, Mr. Beckerman said, can have very real consequences. “Sound either makes you love or hate brands,” he said. “There’s no middle ground.”
With that in mind, here are four things to think about in crafting a sonic strategy.

In many cases, a brand’s employees are going to spend more time dealing with sonic choices than anybody else. Keep them in mind. Sometimes that means doing something as simple as making a choice that will guarantee some variety. At one of AT&T’s flagship stores in Chicago, Mr. Beckerman worked to produce something he called a kind of “sonic Rube Goldberg machine,” which consisted of two pieces of instrumental music that would play on a loop throughout the day. But because one piece was several minutes longer than the other, employees who passed through that part of the store throughout the day never heard the same combination of sounds or melodies twice.

take out the trash

Mr. Beckerman says to avoid “sonic trash,” which refers to pretty much any kind of audio that doesn’t serve a brand’s purposes or goals. “It’s not like there’s not enough sound in brands,” Mr. Beckerman said. “There’s actually too much.”
There’s nothing wrong with using lots of different kinds of sounds or songs to create a brand experience, he said. But almost any brand that takes an honest inventory of the sounds and songs littered across its presence is likely to find some – if not several – sounds that don’t align with what a brand is trying to achieve.
“Figure out where sounds are coming from that are meaningless,” Mr. Beckerman said, “and take them out.”

every brand has a sound

“Every brand has a soundtrack,” Mr. Beckerman said. “Whether they like it or not.” You might be selling a product or service that feels pretty non-musical, but if you think that removes an obligation to think about the sonic dimension of your brand experience, think again. “It’s a question of whether a brand wants to be a victim of that experience or not,” he said.

A sonic signature does not have to be a jingle or song. Many iconic sounds – the start-up noise that plays every time an Apple computer boots up, or the growl of a Mustang engine – were not happy accidents; they were carefully engineered by Apple and Ford because they understood how important it would be for those sounds to create an experience for their customers. “Come up with elements that could be ownable,” Mr. Beckerman advises.

PrevPreviousin constant flux
Nextcounting sheepNext
Get the best information from our knowledgeable, experienced staff to support you and your team. click here