In 2013, the idea of electric bicycles was just breaking ground but only in conceptual forms. However, the past 12 months have brought a wave of innovative bike designs where hybrid or full-electric systems have been realized and are racing the field’s technology to new extents. Staying with modern mechanical developments, the year has witness many projects focusing on rider safety, be it for protection whilst cycling or security for storage. Continuing designboom‘s annual review of the year’s BIG stories, they rounded up the top 10 bike designs: 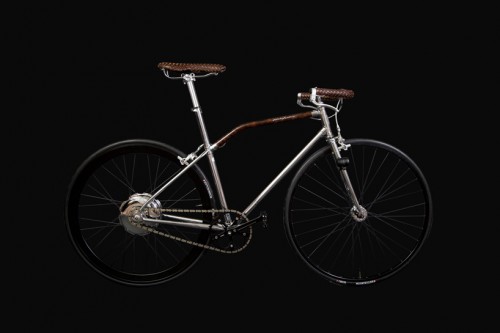 The limited edition Pininfarina ‘Fuoriserie’ electric bicycle styled by the tailor-made cars of the 1930s, creates an elegant blend of modern and classical materials. As its high-performance exclusive car-referring name would suggest, the ‘Fuoriserie’ is a blend of tradition and innovation. The booster system bike+ exemplifies this as it optimizes the cyclist’s energy through a miniaturized electric engine which enables them to cover longer distances. Another advanced technology addition is the LED lighting and the ‘connect the plug system’ which recharges phones through the dynamo. 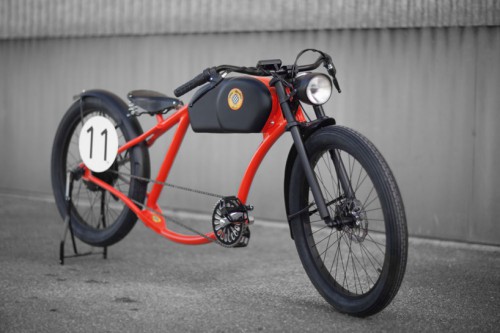 Barcelona-based artisanal bike studio OTO Cycles took a page from mid-century ‘Craft Bicycle’ design to create a series of aluminum electric bikes. The retro two-wheelers are detailed with custom components such as leather saddles and grips, a side tank which houses the 250w electric motor and NCM batteries, and an LCD display with built in cycle computer. Despite weighing 50 lbs, the bikes are capable of reaching speeds of up-to 40 mph and boast a start-stop system which goes from 0-4 mph without the need for pedaling. 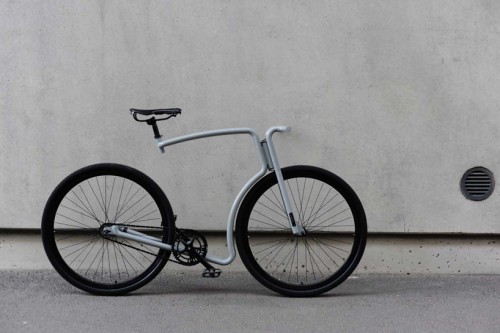 The Viks ‘anniveloversary’ edition by Estonian engineer Indrek Narusk and owner of Velonia Bicycles, referenced styling cues from cafe racer-style motorcycles and classic streamlined aesthetics. The iteration is made entirely from stainless steel tubes, featuring cantilevered seating built with a robust metal structure. The overall construction is joined at the head tube and bottom bracket, with the fork and handle bar coming together as a single piece. Crowns, dropouts, and welds are also composed entirely of stainless steel tubes, which together, ensure a smooth ride over rugged terrain. 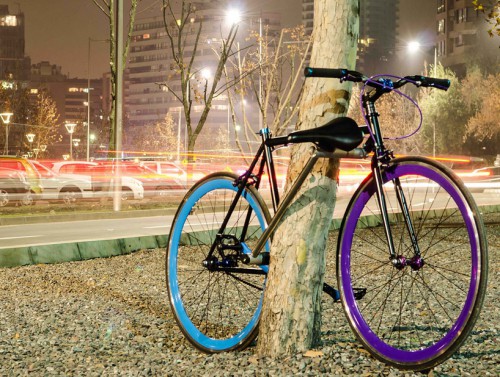 Developed by three Chilean engineering students; Juan José Monsalve, Andrés Roi and Cristóbal Cabello, the ‘Yerka‘ project maintains the design of an urban bike yet incorporates a closing frame device that improves security. To thieves, every lock can be broken whilst leaving the bicycle intact, however, this design utilizes the velocipede’s frame to form a strong clamp. The result means that the only way to steal the bicycle is to break the lock and thus the two-wheeler completely. As well, the Yerka tech removes the need to carry around a padlock as the bike’s body is used as the securing measure – taking less than 20 seconds to set-up. 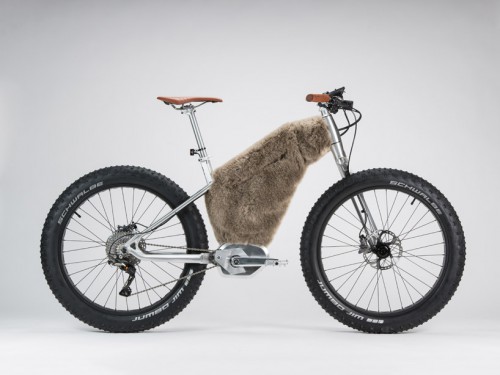 S+TARCKBIKE (Philippe Starck), together with manufacturer Moustache Bikes presented M.A.S.S. – ‘Mud’, ‘Asphalt’, ‘Sand’, ‘Snow’ – a collection of four electric two-wheelers at the Eurobike 2014 in Germany. Each design has dedicated technological specifications that offer users the ultimate experience in the various riding conditions from which they are named. 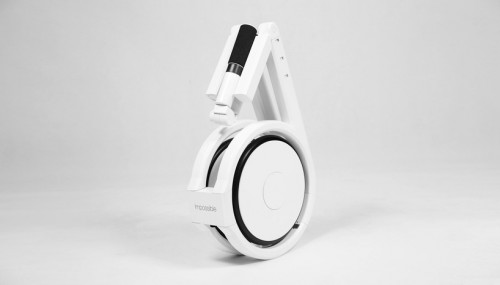 The ‘Impossible’ by Impossible Technology, is a folding electric bike that can fit into a backpack and be carried around easily as it weighs less than 11 lbs. The design features a frame built around carbon fiber circles instead of a single horizontal girder to help equally spread the rider’s weight across the structure. As the seat and handle bars are at similar heights, the front and rear wheels evenly bear the stress too.

denny by teague and sizemore bicycle 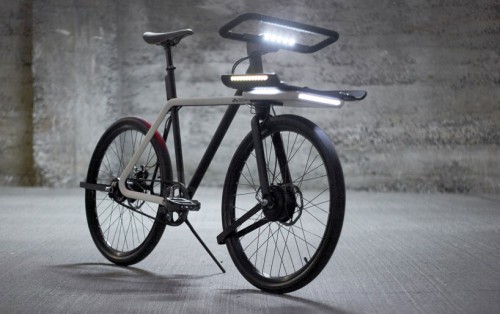 Made by Teague and Sizemore Bicycle, the ‘Denny’ was voted winner of the 2014 Oregon Manifest Bike Design Project as the best utility velocipede and will be built by Fuji bikes. The two-wheeler has flexible storage and a detachable and quick stop handlebar lock, to aid its use in the city. As well, the user’s safety is improved thanks to being fitted with a rechargeable battery, which powers the brake lights, indicators and the electric assisted pedal. 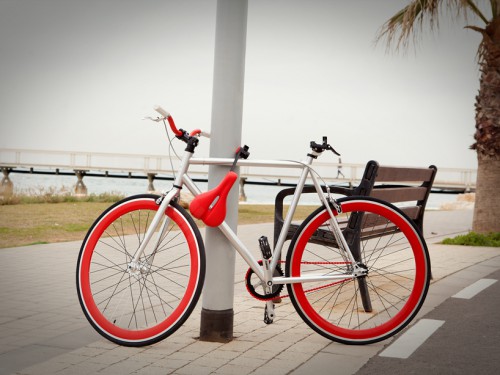 The patent protected product, ‘Seatylock‘ transforms its saddle into a solid one meter lock and is fully compatible with any bicycle. It improves the rider’s convenience as no longer do they need to carry a lock or worry about theft. It has been manufactured from top quality materials such as hardened steel links and covered in a plastic coating in order to protect the bicycle’s frame from thieves and rust. The device is an integral part of your two-wheeler, so it will never be forgotten and works by fixing it to an immoveable object. 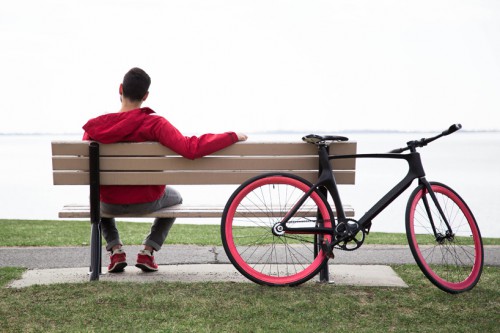 Toronto-based Vanhawks Bicycles announced the introduction of the world’s first carbon fiber smart bike, the Valour. Hooked-up to iOS, android and pebble using Bluetooth, the commuter bicycle is connected through a ‘Bike-2-Bike’ mesh–network which can be tracked if stolen, aiding in its recovery. Onboard sensors monitor ride statistics in real-time and syncs the data – including route, distance, speed, and time – with the vanhawks app. The ‘Valour’ is crafted with an emphasis on human ergonomics, designed to relieve pressure on back muscles, the spine and buttocks. 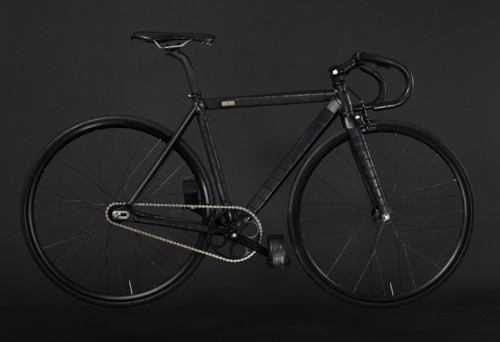