Despite the overuse of puns, Savannah Bee Honey packaging is pretty sweet (okay, I’ll stop, now)! Like most packaged jelly products you find on the shelves, honey has been fairly consistent in bottle presentation. Straying from the norm, Collin Cummings‘ design celebrates the natural beauty of honey in a minimalistic, industrial design way. 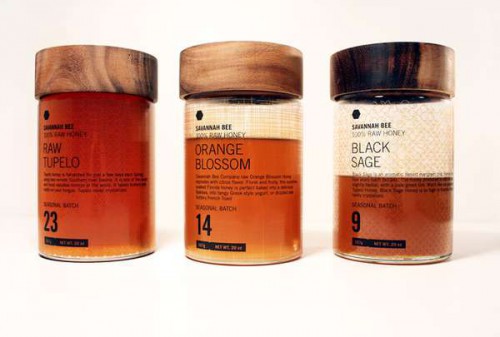 Among the varying shades of amber behind the glass, the designer, said “I fell in love with the idea of repackaging honey because of the timelessness of honey production. The process employed by honey bees hasn’t changed. To reference this highly industrial procedure, I chose a typographic direction that felt sterile. To counterbalance the type, I designed a few complicated and emergent patterns that hide behind the color of the honey when the bottle is full. As you use the product, the elegant patterns are revealed in a second layer as a homage to the beauty and timelessness of such a refined and perfected practice such as honey production.” – The Dieline 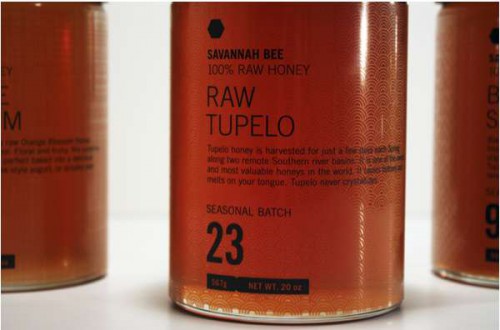 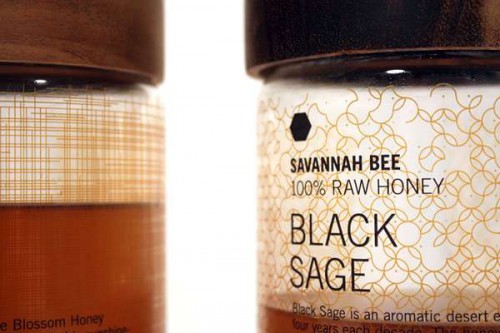 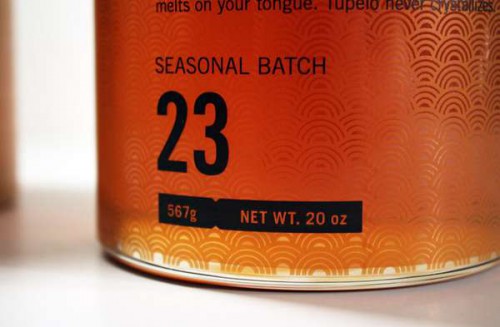 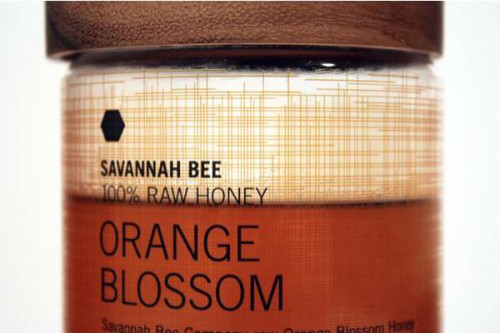 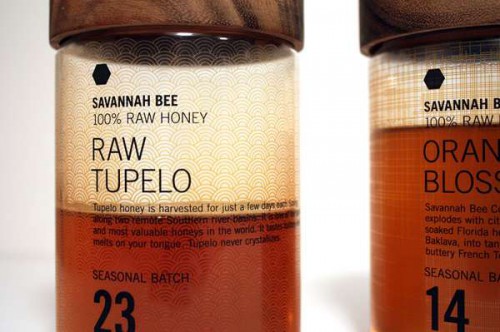 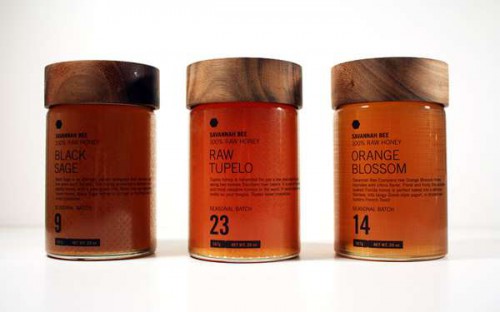 Not only did the packaging design catch our eye, there are major health benefits associated with honey and researchers are finding new medicinal uses for the toast-topper, including immune booster, acne fighter, healthy heart helper, cancer preventer. According to the US National Library of Medicine:

Honey, propolis, and royal jelly, products originating in the beehive, are attractive ingredients for healthy foods. Honey has been used since ancient times as part of traditional medicine. Several aspects of this use indicate that it also has functions such as antibacterial, antioxidant, antitumor, anti-inflamatory, antibrowning, and antiviral. Propolis is a resinous substance produced by honeybees. This substance has been used in folk medicine since ancient times, due to its many biological properties to possess, such as antitumor, antioxidant, antimicrobial, anti-inflammatory, and immunomodulatory effects, among others. Royal jelly has been demonstrated to possess numerous functional properties such as antibacterial activity, anti-inflammatory activity, vasodilative and hypotensive activities, disinfectant action, antioxidant activity, antihypercholesterolemic activity, and antitumor activity.

PrevPreviouspixar-esque rural light installations
Nexthandheld artNext
Get the best information from our knowledgeable, experienced staff to support you and your team. click here