a dictionary whose definitions are google image results 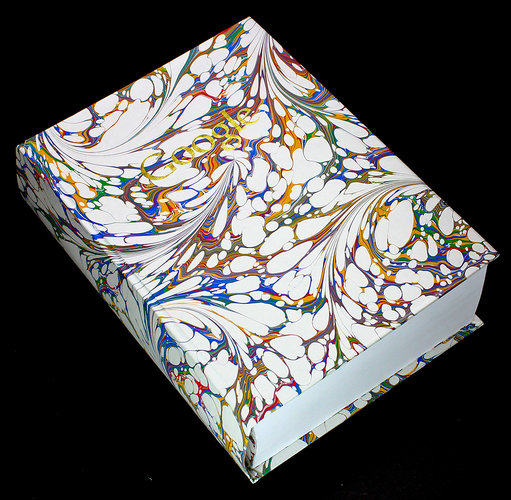 On the surface, Google Images is a remarkably comprehensive thing, serving up visuals for just about any query a curious Internet user could muster. But behind the scenes, it’s constantly in flux, its database growing along with the web and resorting itself according to new search patterns and the constantly tweaked algorithms that serve them. So this new project by Ben West, a thick tome displaying the first Google Image result for every word in the Oxford Pocket Dictionary, isn’t so much an authoritative visual reference as much as a snapshot of the Internet, through the eyes of Google, circa early 2013.

Google Image search is a mixed bag, especially when you focus in on the first result for a given query. Sometimes it yields a useful visual aid; searching for “heart,” for example, comes up with a diagram of a human heart. Sometimes that first result is an instructive, tangentially related thing; “altruism” serves a Peanuts strip illustrating the concept. But much of the time, the initial result for a given term doesn’t seem to have much connection to the word at all, dictated only by the wilds of the web, at that given moment, and the vague logic Google uses to catalog it.
London-based artist Ben West thought it would be nice to have a hardbound version of that graphic mélange, so with the help of some friends, he decided to make one for himself. His book, Google, shows the first image result for every word from the Oxford Pocket Dictionary. It’s an easy gag, but West’s dedication to dressing up the erratic Internet content in a truly beautiful package makes it a sight to behold. There’s an eye-catching, abstract cover, inlaid with the Google logo in gold; bespoke marbled paper, provided by a friend; and even the little indentations on the edges of the pages for the letters of the alphabet–the true dictionary design touch. “If something’s worth doing it’s worth doing right,” West says. 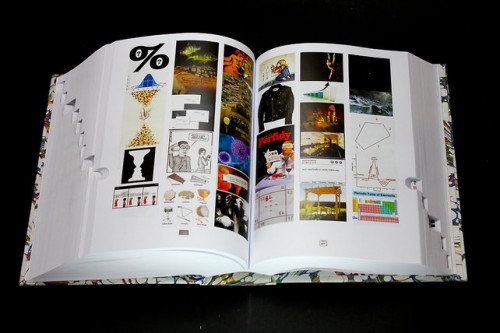 West’s brother created a computer program for gathering the images (“saving images for 21,000 words manually would be a right old ordeal,” the artist points out), which means that there was no filtering whatsoever. The 1,200-some pages bear Google’s first results, regardless of resolution or relevance. And the images are presented without the terms that produced them. In a sense, the collection is an extensive visual account of the English language; in another, it has almost nothing to do with it.
West has received so many inquiries about the book that he’s planning to produce a small run for sale later this year. And to account for whatever new images have cropped up since his first printing, he’s planning on making it a revised 2013 edition. “Almost all the images are different from one year to the next,” he points out. “If the book sells, we’ll go on to a 2014 edition, and on and on.” And if trends hold, by the 2017 edition or so, expect to see a picture of Justin Bieber on just about every page.
Keep an eye on the artist’s personal page for more. 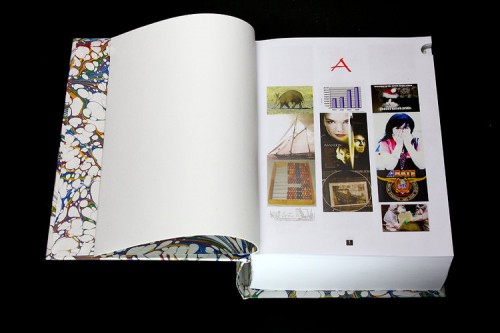 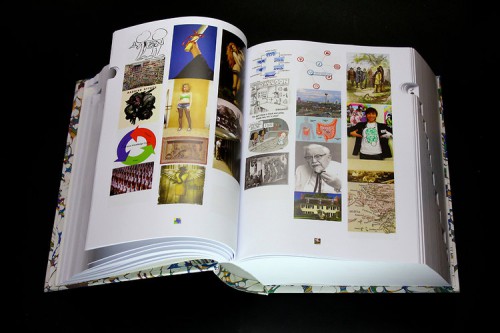 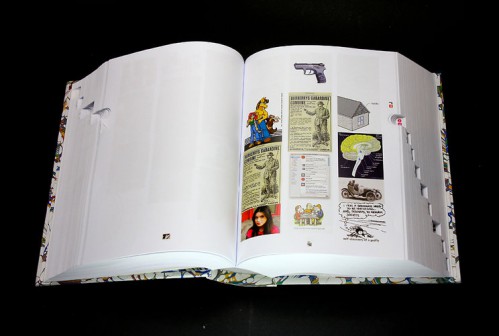