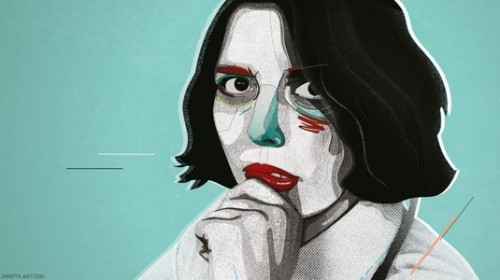 As creatives, we all think we’re unique – but in truth there are only 12 types of designer. Creative director Liza Enebeis consults her inner Zodiac to bring you your stars.
Designers born under Aries are fearless. They aren’t afraid to tell the client what they really think. Their passion lies in branding – they want to put their mark on everything. And if the chance arises, they’ll make a logo design 10 times bigger just so they can admire it from afar.
Taurus designers are the most reliable; they never leave a client disappointed. They also own the most lucrative design studio in the city. You can feel it from the moment you walk in, from the designer floors, walls and lights, right down to the designer toilet seat.
They’re the complete opposite to Cancerian designers, who tend to set up their design studio at home and like to keep client contact to a minimum. Their sensitivity is reflected in their work – they shy away from bold typography and bright colours.
By contrast, Leo designers are brashly confident. They make great keynote speakers because they’re guaranteed to give the best show. Their designs reflect their personality – their type is all-caps, preferably centred, as if everything revolves around them.
They work especially well with Gemini designers, who can sweet-talk clients and have them agree to anything. They can sketch almost any scenario, although they can go from loving their own proposal to completely hating it in a matter of minutes.
Virgo designers, on the other hand, are the most precise. While the rest of us are busy looking at the bigger picture, the Virgo designer is busy checking all the kerning for the third or fourth time. They strive for perfection.
They’re similar to Libras – when a Libra designer designs, expect them to take a while. All potential outcomes are weighed. Should the logo be left-aligned or right-aligned? Should it be bright red or slightly darker? This can go on for weeks, and no one will see the difference except for the Libra designer.
That’s too laborious for the Scorpio designer. They rely on charm and sexiness. The way they build up a presentation, smoothly revealing one concept after another, often turns on even the coldest client.
Sagittarius designers tend to be playful, on the other hand. They’re simply willing to try things out. Capricorn designers sympathise with that approach. They just can’t stop designing. Every design proposal has to be bigger than the last, with more Pantones, more 3D gradients, more layers, more filters and so on.
Pisces designers would pique at that. They’re sensitive types. Does a proposal have the right energy? Does it provoke an emotional reaction? These questions run through the Pisces designer’s mind.
Aquarius designers, though, have a different goal: they’re idealists at heart. They want to make the world a better place with their design. Apart from their humanitarianism they’re also ridiculously sporty. They’re the kind of designers who, after a late night in the studio, would rather go for a 10-mile jog than a well-deserved drink. Definitely strange.

[by liza enebeis | via creative bloq]

PrevPreviousfreaky friday logos
Nexttightly woundNext
Get the best information from our knowledgeable, experienced staff to support you and your team. click here