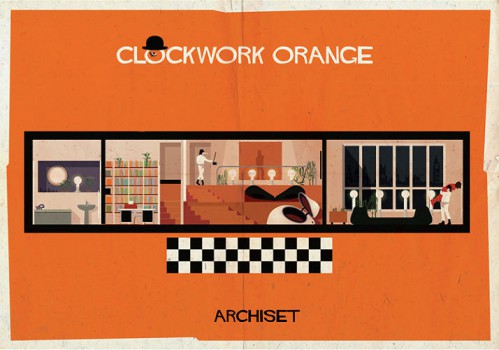 In his new illustration series, Barcelona-based artist Federico Babina draws the interior architecture of all your favorite movies, from the haunted hotel in The Shining to Jame Bond’s bachelor pad.
From Darth Vader’s Death Star to the haunted hotel of The Shining, the interior spaces depicted in films are as important as the characters who inhabit them. In his latest illustration series, “Archiset,” cinephile and architect Federico Babina depicts the interiors of beloved films in his signature retro style.

“The idea is to represent a film set as if it were a doll’s house where we can start to play with the imagination together with the movie’s characters,” Babina tells Co.Design.

The Barcelona-based Babina is the mastermind behind another movie-inspired poster series called Archicine, which depicted the exterior architecture of famous films. Now, his imagination takes him inside James Bond’s swanky bachelor pad in Goldfinger, Holly Golightly’s pastel-accented apartment in Breakfast at Tiffany’s, and the gaudily wallpapered Barcelona home of Almodovar’s All About My Mother. “Through drawing, I enter on tiptoe into the rooms and environments of the films: touch objects, I look through the windows, I open doors,” he says.
Real-life interior spaces are often filled with extraneous crap, but in set design, nothing is left to chance. Each color, piece of furniture, and object is carefully chosen, helping to develop the plot or the characters. As Chekhov famously said about set design: “If in the first act you have hung a pistol on the wall, then in the following one it should be fired. Otherwise don’t put it there.”
With these illustrations, which you can purchase as posters, Babina lets us hang these perfectly invented worlds on the walls of our own ordinary, disorderly rooms. “In these films, every room has a style and a defined personality and contains surprises and unexpected details,” he says. “They are like big magic boxes full of stories and characters, able to make us dream.” 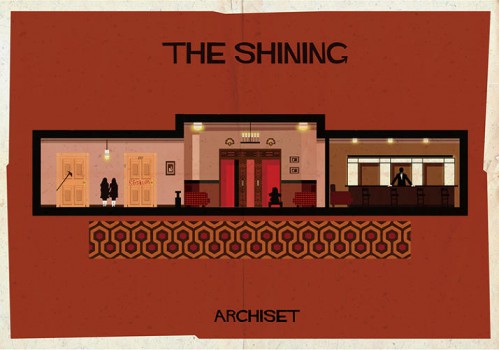 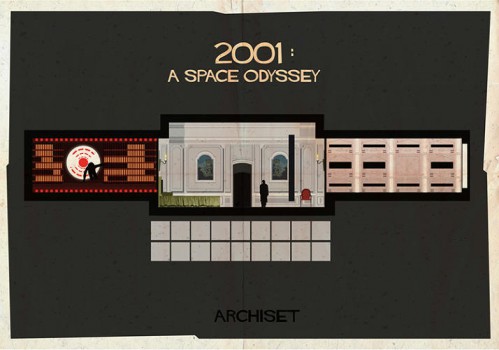 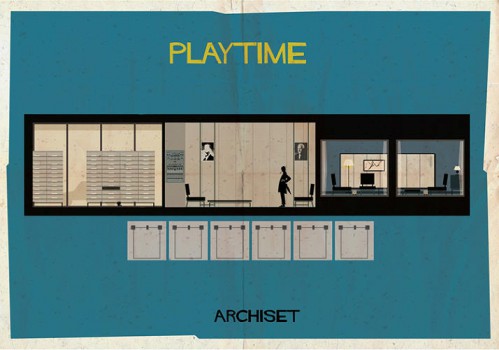 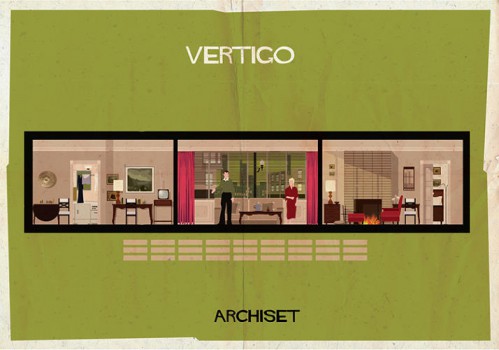 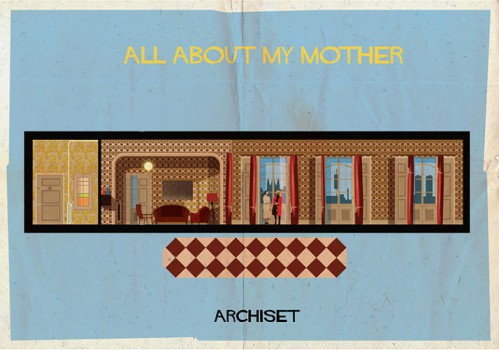 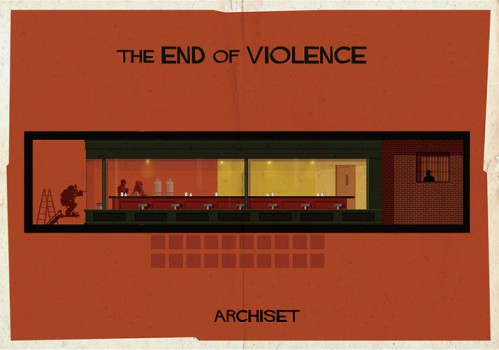 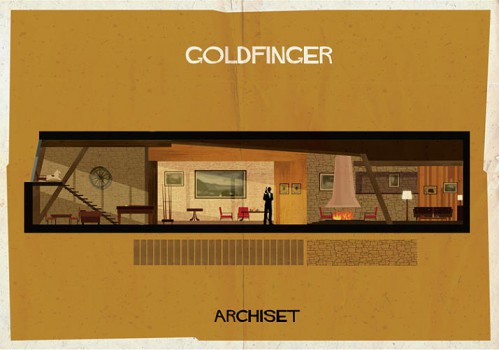 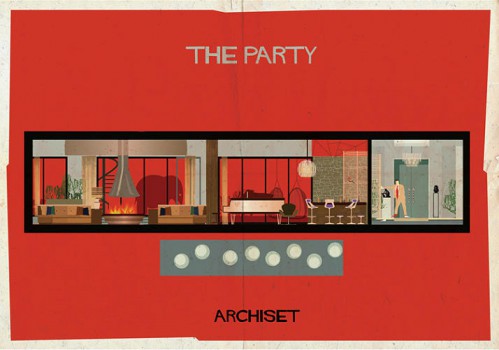 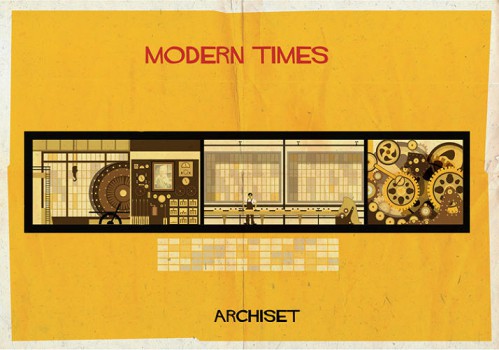 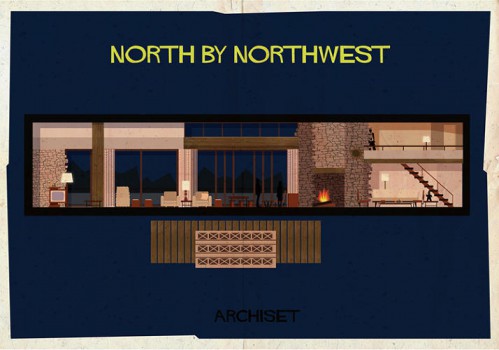 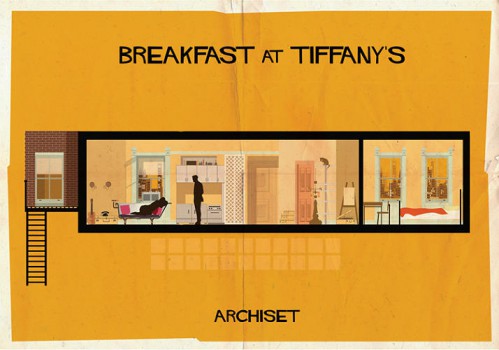 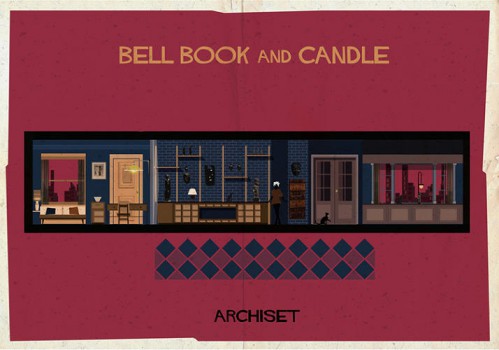 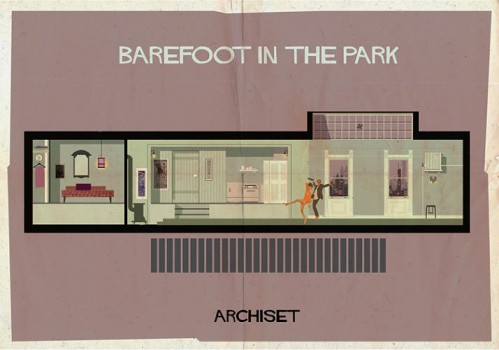 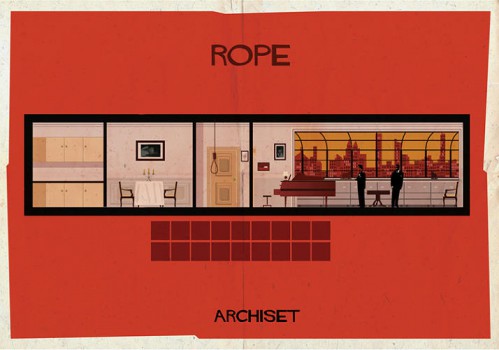