Brooklyn based Pop Chart Lab’s latest poster is a tribute to the entire history of the latter: The gridded, black-and-white poster is a cheat sheet to the history of graphic design, beginning with the Victorian era.
Start at the top, left-hand corner, of A Stylistic Survey of Graphic Design, and read from left to right. Each era (say, Arts & Crafts or Art Nouveau) is represented by a rectangular box that includes several squares that graphically represent the style described. The Modern movement, one of the largest movements depicted here, includes Bauhaus, Vorticism, De Stijl, New Typography and Istotope, Constructivism, Suprematicsm, and Futurism. Pop Chart creates, within each stamp-sized box, a visual representation of that particular style, with the design elements that prevailed at the time. So the Constructivism box echoes the intense Soviet Party posters from the 1920s, the Futurism box has a bold, attention-grabbing arrow on it, and so on. 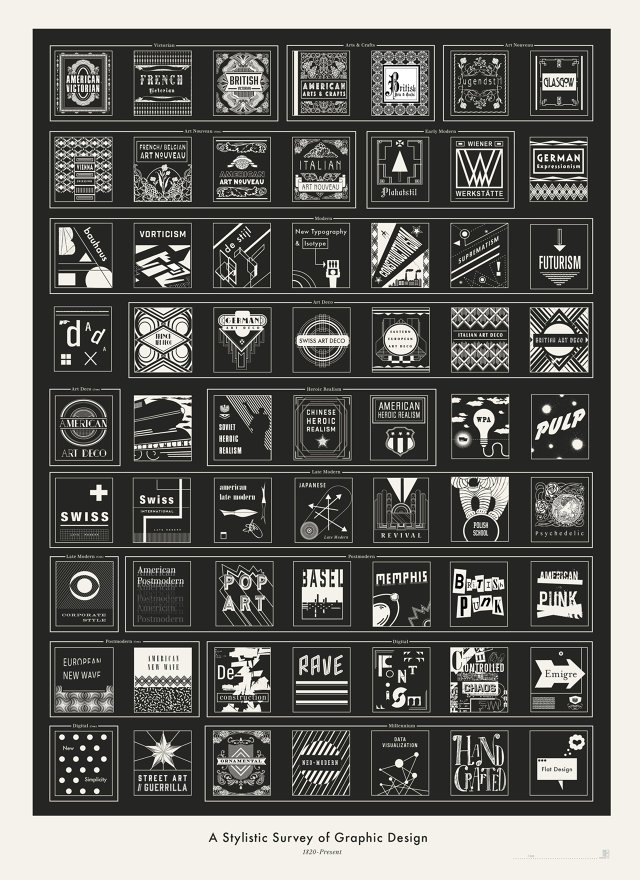 It’s telling that certain eras–eras that were niche or short-lived, or which are still emerging–get just one box. (This includes Dada, Digital, and Street Art/Guerrilla.)
Scan down to the bottom for a sampling of today’s reigning design philosophies. Are they right? There’s data visualization, there’s the twee, chalkboard-loving school of handcrafted, and there’s flat design. But where’s skeuomorphism? Each box is efficiently packed, providing an at-a-glance answer to any designer who might ask: What, again, were the defining elements of the Late Modern Polish School era? For the rest of us, it’s just nice to look at.
Pre-order A Stylistic Survey of Graphic Design for an early bird price of $23, here and see more details here: 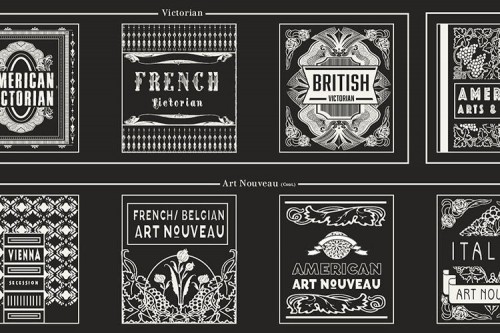 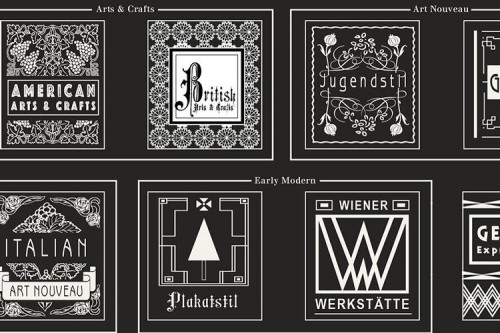 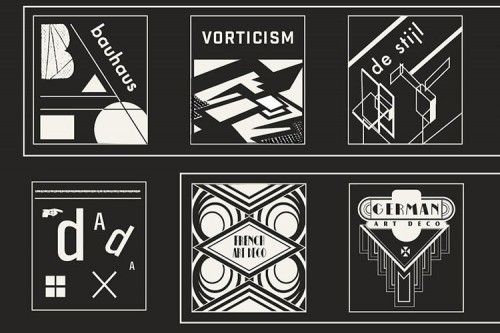 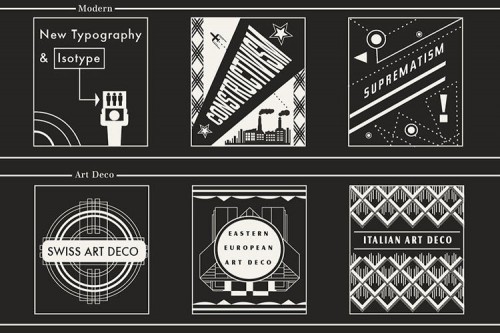 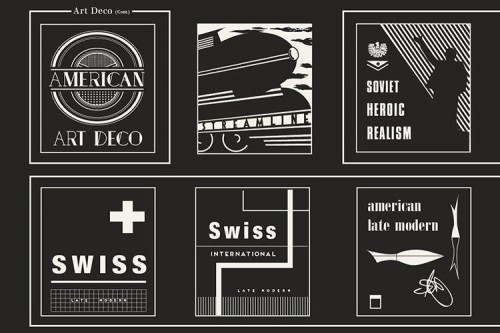 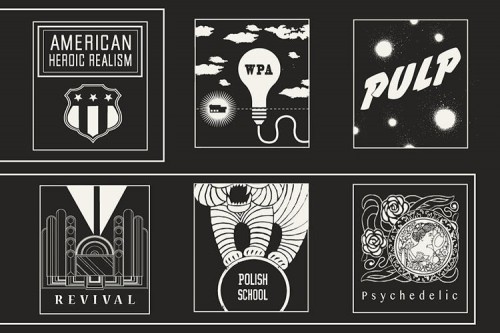 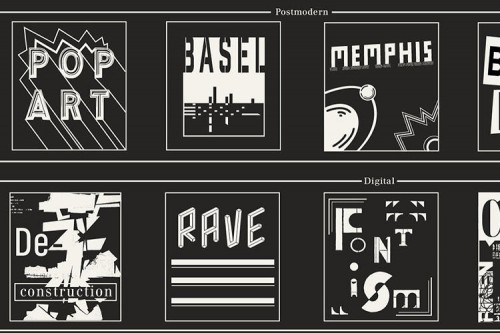 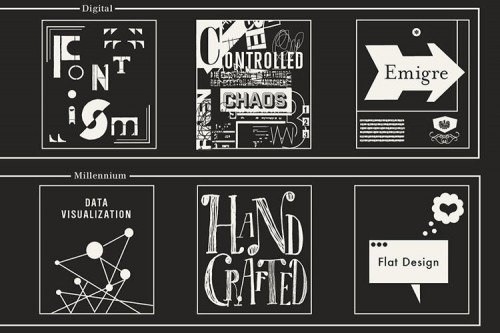