Storm Thorgerson, who created classic album covers for everyone from Pink Floyd to Muse, has passed away. Here’s a look at the work he left behind.
One of the greatest artists to ever design an album cover has passed away at 69. The casual music fan or art aficionado might not recognize Storm Thorgerson’s name (although, come on, what a cool name). However, nearly everyone should be familiar with at least one piece of his work–the immortal album art for Pink Floyd’s Dark Side of the Moon. In addition to that timeless cover, Thorgerson also made masterpieces for Peter Gabriel, Led Zeppelin, and, more recently, Muse. 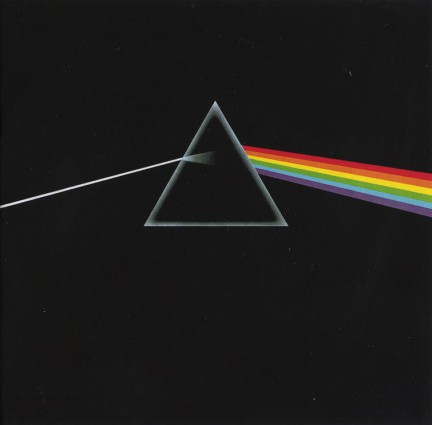 Album covers are tricky. They can either end up as exercises in avant-garde excess or crushingly dull. It takes a certain kind of vision to capture the essence of a band’s aesthetic in a single image. Thorgerson had this ability in spades though. He made meta cool with Peter Gabriel’s album 2, which featured the musician clawing the cover off with his nails from inside the photo. He could also make your skin crawl with vaguely menacing pieces like Mars Volta’s Frances the Mute. And let’s not give short shrift to his most famous design, the triangular rainbow prism on Dark Side of the Moon, a masterwork of minimalism. “It’s a nice but simple idea,” he said of the piece. “Refracting light through a prism is a common feature in nature, as in a rainbow. I would like to claim it, but unfortunately it’s not mine.” The idea was sparked by Pink Floyd band member, the late Richard Wright, he said.

“I like photography because it is a reality medium, unlike drawing, which is unreal. I like to mess with reality…to bend reality. Some of my works beg the question of is it real or not?” 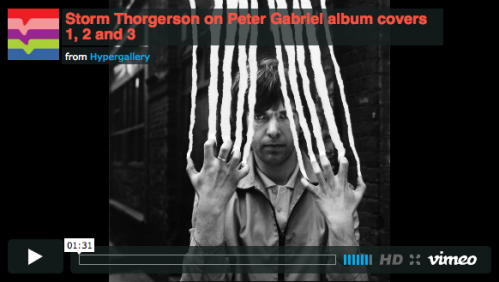 In short, Thorgerson was a true original, and he’ll be missed. Watch him talk about creating Peter Gabriel’s album covers in the video above, and look through some of his best work here. 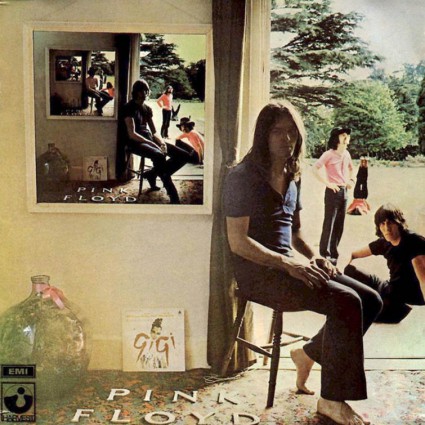 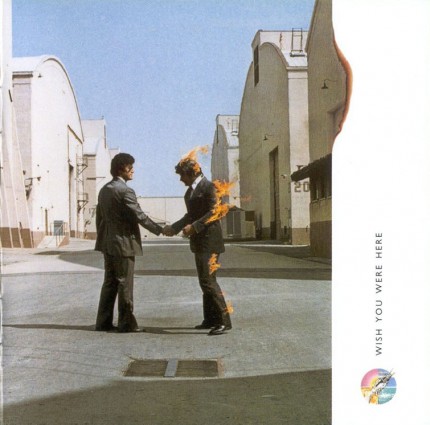 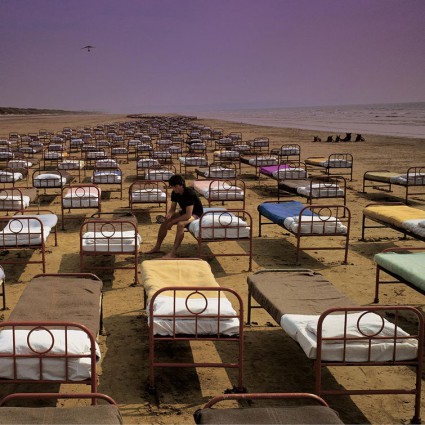 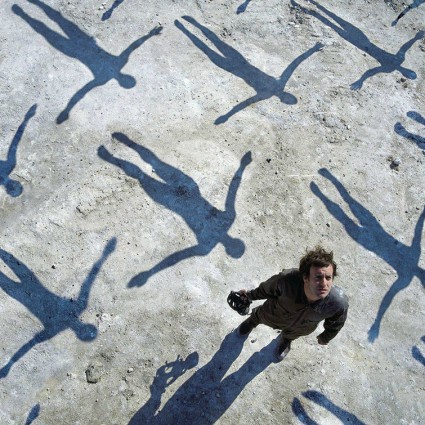 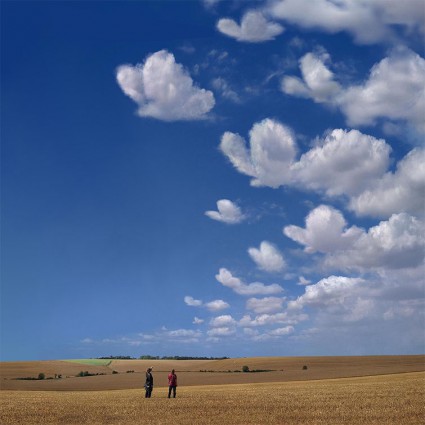 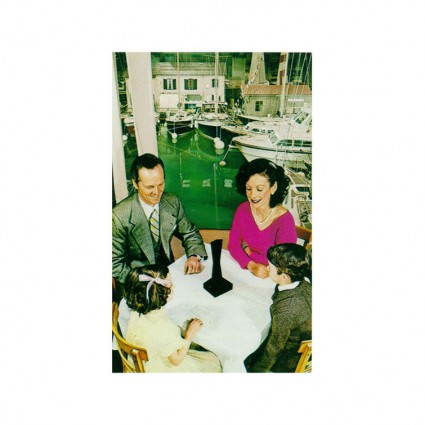 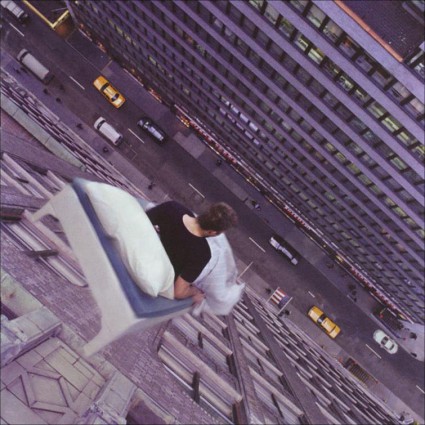 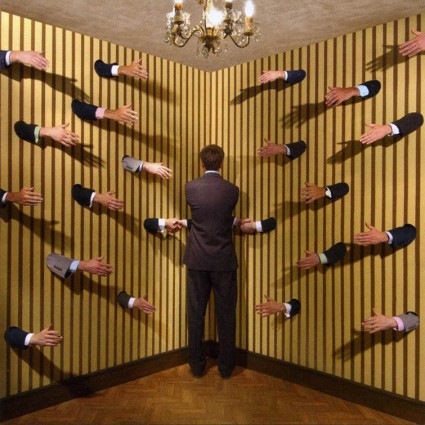 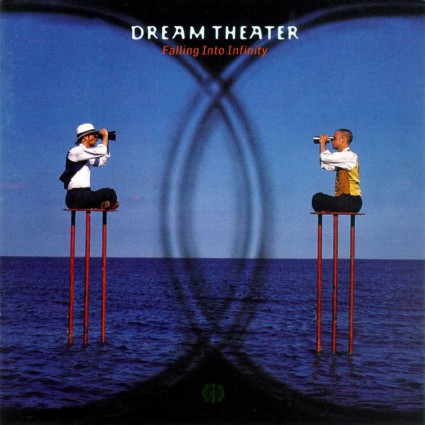 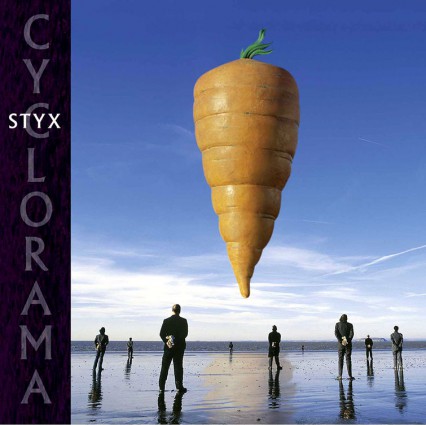 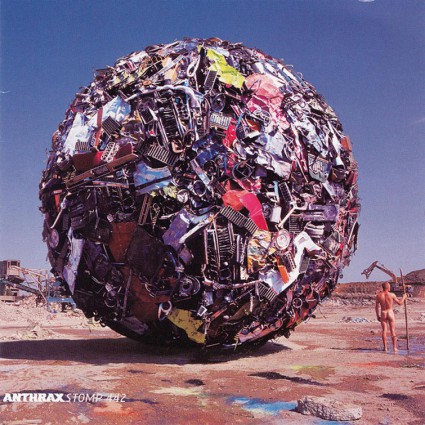 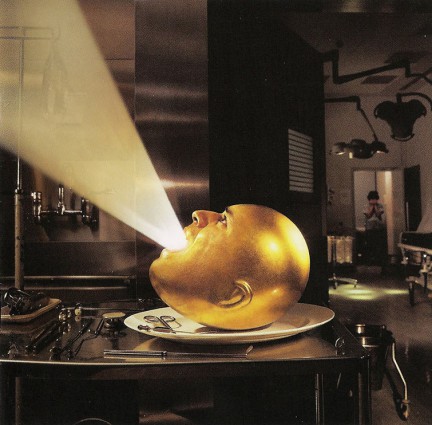 The Mars Volta, De-Loused in the Comatorium (2003) 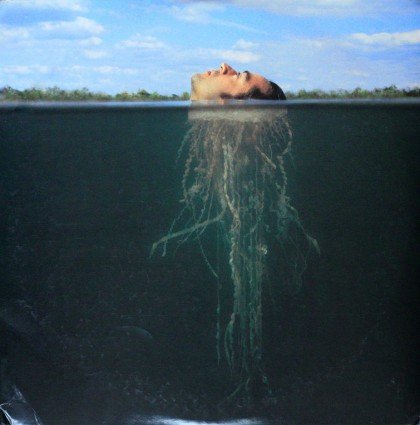 The Mars Volta, De-Loused in the Comatorium alternative cover (2003)