the world of mad men through a 21st-century lens

Earlier this year, Mad Men returned to AMC for its sixth and penultimate season. With only mere episodes remaining in the series, some of us are already starting to feel reflective. The impact the show has had on modern culture can’t be overestimated, its influence permeating everything from filmmaking to fashion. But while it’s been steadily making everything old new again, once can’t help but wonder what things would look like if Don Draper and company were heading to work in the current, technologically-advanced world.

Designers at Shutterstock set their sights on the main characters of the show with that in mind, choosing an everyday symbol from their daily lives and transforming it through a 21-century lens. While most of these folks would be doing very similar work today, the tools they would use would be quite different. (Just imagine what Peggy could accomplish with a MacBook at her disposal.) Read on to see what a difference a half-century can make.
Don Draper 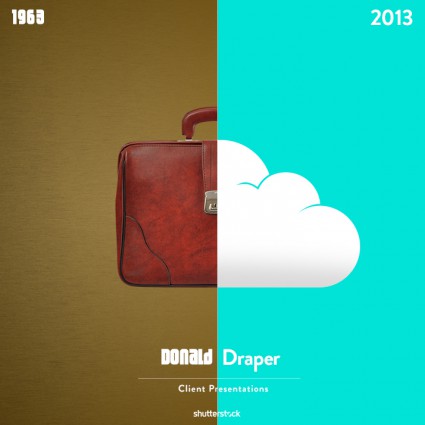 In the ’60s, Don was stuck working with paper and easels. It’s a lot to set up and carry around, but with the power of cloud computing, he could make his presentations infinitely more elaborate without physically weighing himself down. Not that he needs any extra help getting clients on board.
Peggy Olson 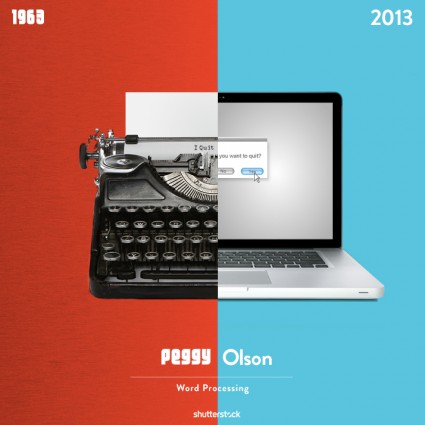 Sure, typewriters have a nostalgic feel that some writers still love today, but not having to go back over your work with Tipp-Ex alone makes the copywriter’s job infinitely easier. We like to picture Peggy hitting her stride even faster without having to worry about all those crumpled up balls of paper scattered around the trash.
Joan Harris 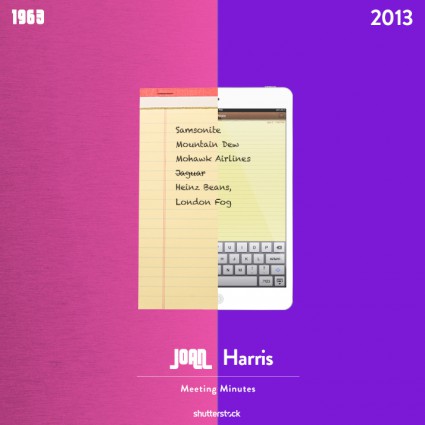 Joan has no problem staying on top of everything with the limited tools at her disposal, but replace her notepad with an iPad, and you would have an even more serious force to be reckoned with — plus a lot of people who would probably like to get their hands on the device to discover all the secrets it contains.
Peter Campbell 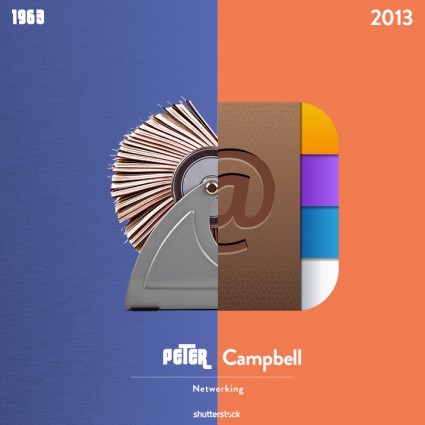 For Pete, it’s largely about who you know, making a robust contact list key. In the ’60s, the Rolodex was still a relatively new invention, but these days, few people would be willing to worry about lost cards or misfiled information when you can carry around everyone’s information right in your pocket.
Betty Francis 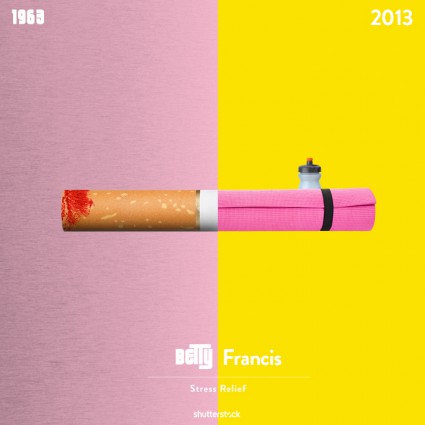 Fifty years ago, no one thought twice about relying on cigarettes to unwind or help them through a stressful situation. Today, we think Betty would be an eager adopter of what multitudes of modern women are now turning to instead to de-stress: yoga. Of course, she’d probably still smoke too.
Roger Sterling 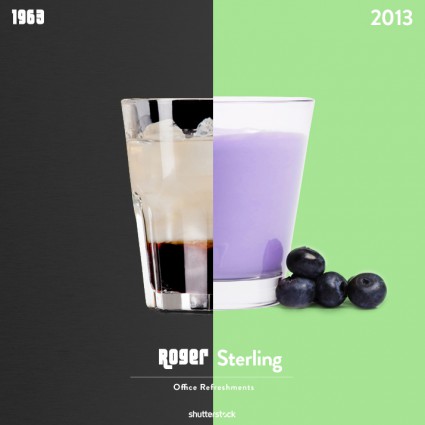 Barring special occasions, liquor is another thing you don’t tend to find around the workplace much these days, so Roger Sterling would need to have a more acceptable drink on his desk. With a fruit smoothie, he could project an aura of health — but always still spike it from a flask or a concealed bottle for that extra kick.

PrevPreviouslights out
Nexta designer's diet diary [infographic]Next
Get the best information from our knowledgeable, experienced staff to support you and your team. click here