oprah's organics to hit the shelves 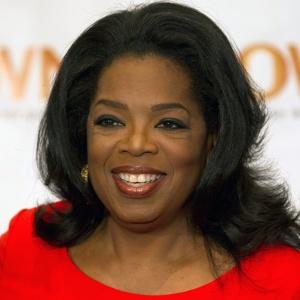 It appears that the media mogul Oprah Winfrey is venturing into the organic food business. Several applications for “Oprah’s Organics” were filed last month, according to the US Patent and Trademark Office. The filings indicated toiletry items such as soaps, oils, hair products, and sunscreen, as well as expanding into food products like salad dressings, frozen vegetables, soups and more. In addition, applications for “Oprah’s Farm” and “Oprah’s Harvest” were also submitted. According to the New York Post:

The addresses for the applicant’s include the Wilshire Boulevard addresses of Winfrey’s business and the Chicago address of Winfrey’s Harpo Inc., offices. Winfrey, who launched her own girls’ school in South Africa and has topped Forbes’ list of highest-paid celebrities this year earning an estimated $165 million, already owns hundreds of acres in Maui, which include a large farm and a bed and breakfast. A rep for Winfrey told us: “The trademarks were filed for Oprah’s farm on Maui to enable the farm to grow and distribute produce on Maui and throughout the Hawaiian Islands.”

What sounds like a forward-thinking business venture expanding from Oprah Winfrey’s empire could be more than just a publicity stunt or even “fall-back plan” as O.W.N struggles to survive on television.
As a savvy businesswoman, Oprah may have identified the organic market as a commercially viable space that she can easily dominate on store shelves. If she can get millions of viewers to read books together, she could definitely get millions of consumers to buy her organic brands. So how would this affect the industry at-large?
Some are saying this would spawn an “Oprah Effect” in organics, similar to “Dr. Oz Effect” within the natural products industry. Oprah was the catalyst that launched Dr. Oz into celebrity status, essentially building his brand and image.
It is unlikely we will see an increase in organic produce growth as her Hawaiian farm is limited to inter-island distribution. However, once her brands meet organic certification, we might see some serious competition on the mainland in organic salad dressings, beverages, packaged foods and even personal care products.

Competition is a good thing. Savvy customers reaching for Oprah’s brands will instinctively compare prices with established organic brands. Customers who may have never purchased organic goods before will seek Oprah’s for the sake of novelty, and perhaps continue with a new buying habit.

A line of Oprah-branded organic foods has the potential to reach more people, thus expanding access to areas where organic is not currently recognized or valued. With this in mind, along with a healthier farming environmental impact in Hawaii, we’d like to welcome Oprah to the organic scene.

PrevPreviousblanketing boise
Nextthinking outside the [cardboard] boxNext
Get the best information from our knowledgeable, experienced staff to support you and your team. click here