Want to become the next Steve Jobs – or just understand his near-spiritual devotion to simplicity? This primer, outlining the main tenets of “Zen Design,” will help.
One of the best-known photographs of the late Steve Jobs pictures him sitting in the middle of the living room of his Los Altos house, circa 1982. There isn’t much in the room, save an audio system and a Tiffany lamp. Jobs is sipping tea, sitting yoga-style on a mat, with but a few books around him. The picture speaks volumes about the less-is-more motive behind every Apple product designed under his command.
As Warren Berger wrote on Co.Design, Jobs’s love for elegantly simple, intuitive design is widely attributed to his appreciation of Zen philosophy (Jobs was a practicing Buddhist). But while many people might be familiar with Zen as a broad concept, far fewer are knowledgeable of the key aesthetic principles that collectively comprise the “Zen of design.”
To understand the Zen principles, a good starting point is shibumi. It is an overarching concept, an ideal. It has no precise definition in Japanese, but its meaning is reserved for objects and experiences that exhibit in paradox and all at once the very best of everything and nothing: Elegant simplicity. Effortless effectiveness. Understated excellence. Beautiful imperfection. 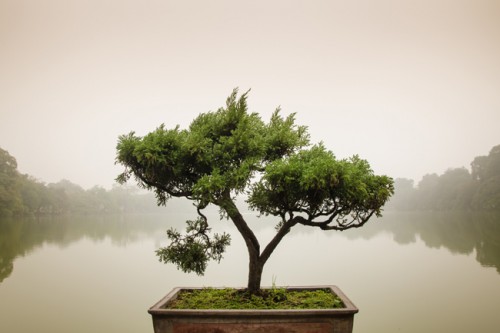 James Michener referred to shibumi in his 1968 novel Iberia, writing that it can’t be translated and has no explanation. In his 1972 book, The Unknown Craftsman, Soetsu Yanagi talked about shibumi in the context of art, writing that a true work of art is one whose intentionally imperfect beauty makes an artist of the viewer. In the 1979 best-selling spy novel Shibumi, the author Trevanian (the nom de plume of Dr. Rodney William Whitaker) wrote, “Shibumi has to do with great refinement underlying commonplace appearances.”
Shibumi was first introduced to the West by House Beautiful in 1960. Nearly 40 years later, architect Sarah Susanka reintroduced shibumi in her 1998 book The Not So Big House: “The quality of shibumi evolves out of a process of complexity, though none of this complexity shows in the result. It often seems to arise when an architect is striving to meet a particular design challenge. When something has been designed really well, it has an understated, effortless beauty, and it really works. That’s shibumi.”
The process may be complex, but these seven Zen principles can help you approach shibumi in your own designs:

Koko emphasizes restraint, exclusion, and omission. The goal is to present something that both appears spare and imparts a sense of focus and clarity. In the world of mobile apps, Clear is a great example, and according to Co.Design’s John Pavlus, is “interesting for what it doesn’t do. It doesn’t sync. It doesn’t tag. It doesn’t “intelligently” sort anything. It also doesn’t have any obvious clues in its gestural interface for how to actually use the thing.”
Zen lesson: Refrain from adding what is not absolutely necessary in the first place.

Kanso dictates that beauty and utility need not be overstated, overly decorative, or fanciful. The overall effect is fresh, clean, and neat. Instagram may just owe its popularity to kanso. CEO Kevin Systrom Systrom’s first iteration (called Burbn) was a feature-laden app lacking a simple value proposition, and as such, had few users. By streamlining it so people could understand and have fun with it inside 30 seconds, Instagram gained two million users in only four months, a rate of growth faster than Foursquare, Facebook, and Twitter.
Zen lesson: Eliminate what doesn’t matter to make more room for what does.

The goal of shizen is to strike a balance between being “of nature” yet distinct from it–to be viewed as being without pretense or artifice, while seeming intentional rather than accidental or haphazard.
Designer Noé Duchaufour Lawrance captured the essence of shizen in his Naturoscopie collection of furniture intended to re-create and abstract nature’s sensations: light filtering through trees, the setting sun, shadows of passing clouds. As he explained it, he wanted to “go beyond literal transcription of nature.”
Zen lesson: Incorporate naturally occurring patterns and rhythms into your design.

The principle of yugen captures the Zen view that precision and finiteness are at odds with nature, implying stagnation and loss of life, and that the power of suggestion is often stronger than that of full disclosure. Leaving something to the imagination piques our curiosity and can move us to action.
Yugen has figured centrally in the Apple marketing strategy, ever since the original iPhone. In the months leading up to its June 2007 launch, it was hailed as one of the most-hyped products in history. To hype something, though, means to push and promote it heavily through marketing and media. Apple did the exact opposite: Steve Jobs demonstrated it at Macworld 07 just once.
In between the announcement and the product launch there was nothing but radio silence: no publicity, promotion, leaks to the media, price discounts, demos for technology reviewers, clever advertising, or pre-ordering. There was essentially an embargo on official information, with only the Jobs demo available to reference online. The blogosphere exploded, resulting in over 20 million people expressing an intent to buy.
Zen lesson: Limit information just enough to pique curiosity and leave something to the imagination. 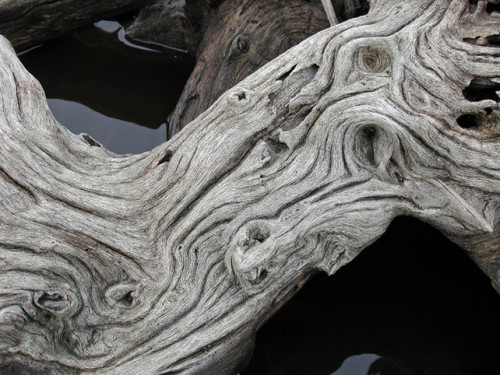 The goal of fukinsei is to convey the symmetry of the natural world through clearly asymmetrical and incomplete renderings. The effect is that the viewer supplies the missing symmetry and participates in the creative act.
There was a huge buildup to the last episode of The Sopranos, the popular HBO series about a band of loosely organized criminals in northern New Jersey, led by one Tony Soprano. The big question was whether Tony would be whacked or not.
In the final tension-filled seconds, everyone’s screen went black, and the credits rolled. It was a no-ending ending. The media went wild, accusing the show’s writer, producer, and director David Chase of copping out, until he announced the following day that everything anyone needed to determine the fate of Tony Soprano was in the episode.
People went back and watched the show, again and again. Viewership went from the initial 12 million to 36 million in three days. Three distinct endings emerged on the Internet. By leaving the story incomplete and denying his audience conventional story symmetry, but embedding enough clues for someone to connect the dots, Chase made everyone a creator and tripled his impact.
Zen lesson: Leave room for others to co-create with you; provide a platform for open innovation.
The last two Zen principles deal with the concept of a “break.” There are two kinds of break: Those you make, and those you take.

Datsuzoku signifies a certain reprieve from convention. When a well-worn pattern is broken, creativity and resourcefulness emerge.
Imagine that you get a flat tire while you’re driving. If you’re normal, you curse out loud. That curse signals a break from the ordinary, which, being creatures of habit, we don’t much care for. But now suddenly you’re wide awake, with senses on high alert, and you’re aware of a problem requiring your full attention to solve.
Suddenly everything you normally take for granted becomes vitally important: How the car handles, the shoulder of the road, safe spots to pull over, traffic around you, tire-changing tools in your trunk, immediate avenues for help.
These are all the resources you need for a creative solution. They were there all along, but it was the break that brought them to your attention. (Click here for 11 ways to manufacture those breaks.)
Zen lesson: An interruptive “break” is an important part of any breakthrough design.

The principle of seijaku deals with the actual content of datsuzoku. To the Zen practitioner, it is in states of active calm, tranquility, solitude, and quietude that we find the essence of creative energy.
Enter meditation, which is an incredibly effective way to enhance self-awareness, focus, and attention and to prime your brain for achieving creative insights. Leaders at GE, 3M, Bloomberg Media, Green Mountain Coffee Roasters, and Salesforce.com all meditate. Oracle chief Larry Ellison meditates and asks his executives to do so several times a day.
Zen lesson: Doing something isn’t always better than doing nothing.
***
While there is nothing easy about achieving shibumi, if taken together as a cohesive set of design principles, these seven Zen principles can at least put you on the right path. The goal is not to attempt to incorporate every Zen principle into a given design, but rather select those aligned to your goals and use them to guide and inform your efforts.
What sets shibumi apart as a powerful design ideal is the unique combination of surprising impact and uncommon simplicity. At the core of this blend, and what all Zen principles have in common, is the element of subtraction. It may therefore help to keep close the wisdom of Antoine de Saint Exupery: “Perfection is achieved not when there is nothing left to add, but when there is nothing left to take away.”

PrevPrevious8 in 10 parents buy organic
Nextno-plastic, eco-friendly flash drivesNext
Get the best information from our knowledgeable, experienced staff to support you and your team. click here