victorian visions of the year 2000 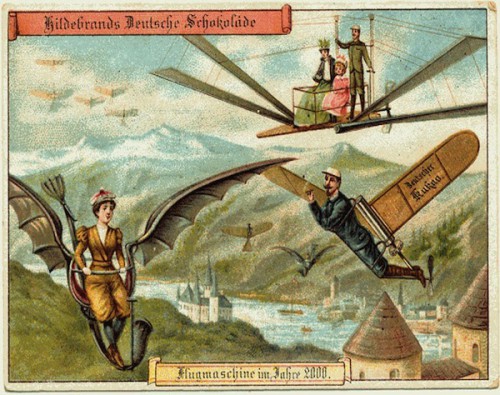 Trying to predict what the future may look like is an obsession with the human race—while the 20th century was actually spent in dreams of space exploration and time travel, people in 1900 had very different ideas about what was going to happen in the next 100 years.
Flushed with the success of the Second Industrial Revolution, people living on the cusp of the century imagined a bright future made possible by mechanical wonders.
Hildebrand, a German chocolate company at that point, created a set of cards that depicts the awesome life that awaited in the year 2000—where railways could be built across the oceans, everyone would have their own flying machines, and houses were mobile.
In hindsight, while life has turned out even more fantastical than envisioned, these quaint ideas of futurism are still pretty great. 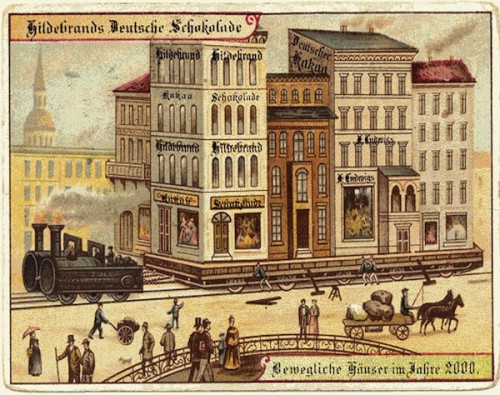 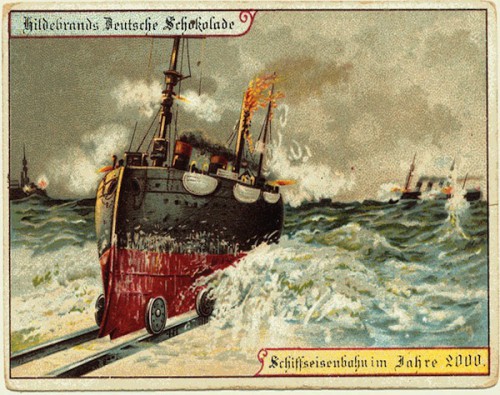 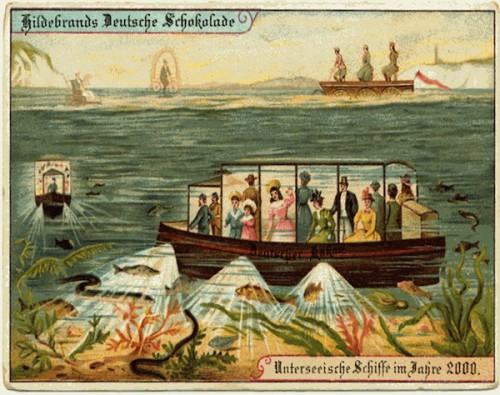 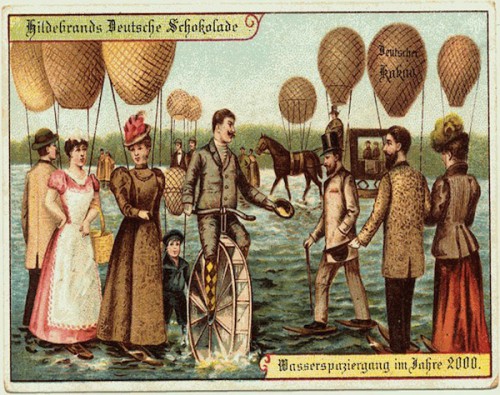 A Quick Stroll on the Water 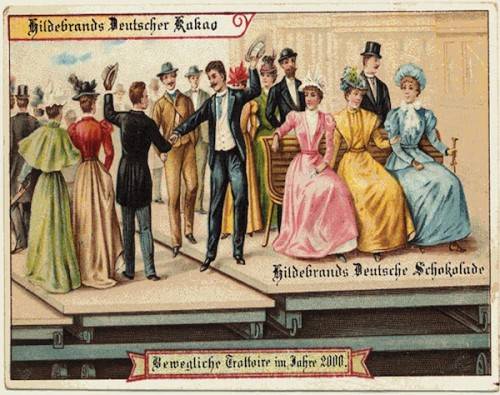 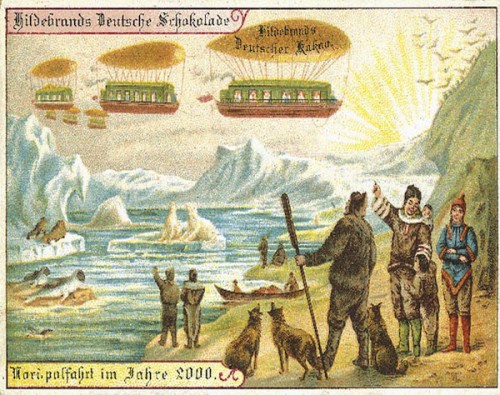 Summer Holidays at the North Pole 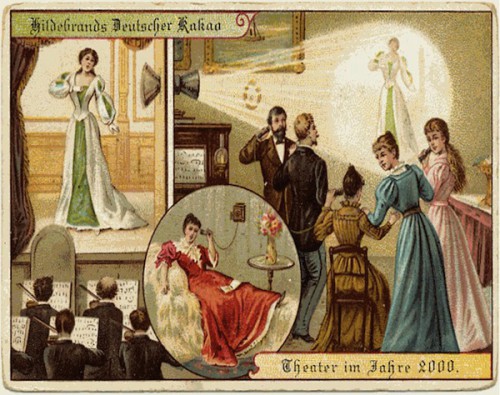 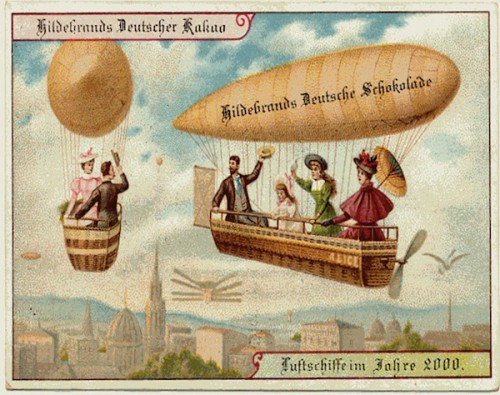 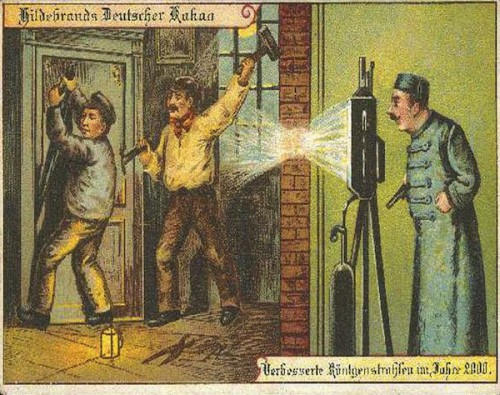 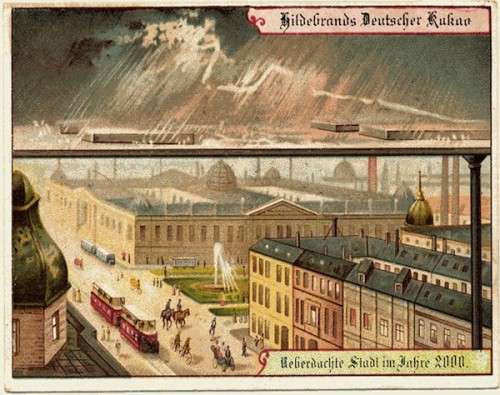 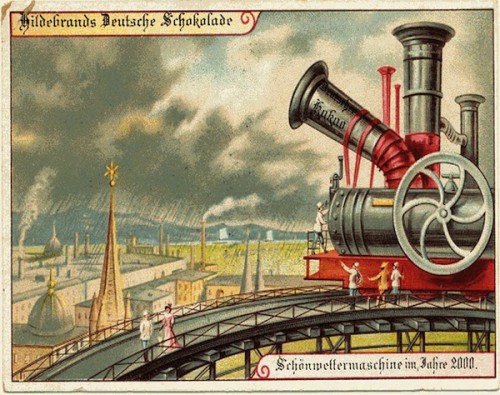